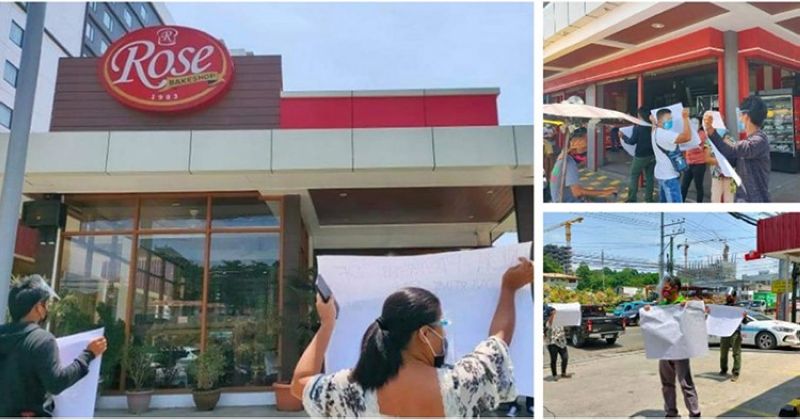 SEVERAL workers of a prominent bakeshop have filed complaints to the Department of Labor and Employment (DOLE) against their employer due to the company's alleged violations of general labor standards.

Sofriano M. Mataro, regional vice-president for Southern Mindanao Associated Labor Unions-TUCP (ALU-TUCP), told SunStar Davao in a phone interview on Friday, April 9, that the company, as alleged by the striking employees, does not comply with the general labor standards.

He added that some employees, who have been three years in service, were not regularized.

He said they already filed their complaint to DOLE for inspection, which is being processed.

He also revealed that this is not the first time that DOLE inspected the bakeshop. In 2016, he said the labor office also conducted a routinary inspection to some of its branches.

Mataro said 43 affected workers formed their own union and reached out to ALU-TUCP to seek their assistance.

“Sabi ng mga empleyado, matagal na ‘tong issue na’to (According to some employees, this had been an issue for quite some time already) prior to the pandemic,” he said.

Upon learning, the management allegedly fired the workers who joined the union, including the leaders, amid the pandemic.

He said according to the management, they did not honor the organized union.

"Nakita namin na hindi maganda yung ginawa ng (We saw it as an unjustified action made by) Rose Bakeshop. Kasi na-interpret (We interpret it) as union busting," Mataro said.

He also said that some workers opted to be silent because of fear of losing their job amid the pandemic.

Mataro said they reached out to the management to settle the issue, but he said their "communication lines were closed."

“Hangga’t hindi sila makikipag-usap sa amin, patuloy kaming makikibaka. Patuloy natin silang habulin sa kanilang paglabag (If they would continue to ignore negotiating with us, we will continue our legal battle against their violations),” the official said.

He said they will also try to reach out to Mayor Sara Duterte-Carpio to intervene regarding the employee’s situation.

SunStar Davao reached out to Rose Bakeshop, through their Facebook page, but they have not responded as of press time.

SunStar also reached out to DOLE-Davao Regional Director Ofelia Domingo for their side on the issue, but has also not responded.