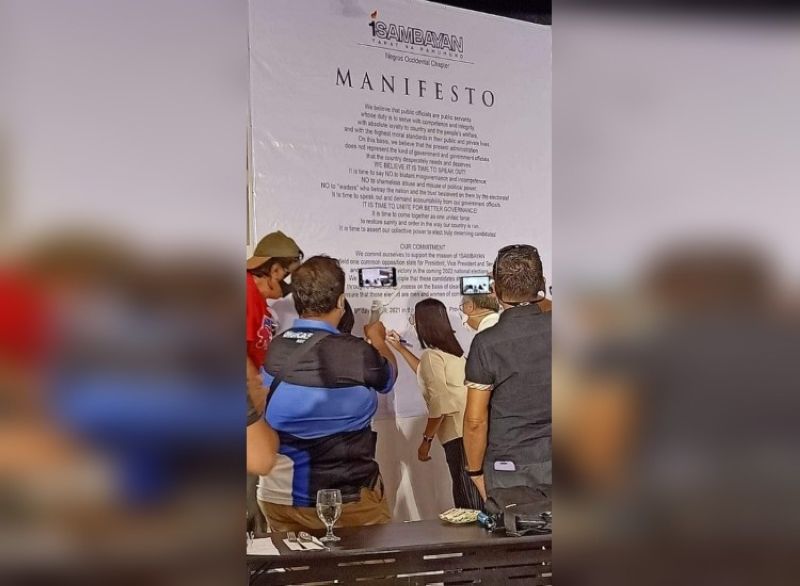 Led by former governor Rafael Coscolluela, the group in a manifesto stated that it is time to speak out.

"It is time to say no blatant misgovernance and incompetence. No to shameless abuse and misuse of political power; No to leaders who betray the nation and the trust bestowed on them by the electorate."

The members also committed themselves to support the mission of 1Sambayan to field one common opposition slate for president, vice president and senators and to work for their victory in the coming May 2022 national elections.

Coscolluela said 1Sambayan will not support any local candidates.

Retired Justice Antonio Carpio, who gave his keynote speech during the launching, hit the administration of President Rodrigo Duterte.

"Do we want the same people who have shown total incompetence in handling the pandemic, resulting in the worst economic performance of the country since independence, forcing the closure of over 50 percent of small and medium scale businesses and the unemployment of tens of millions of Filipinos, the absence hospital beds and the slow-motion vaccination of our people? Do we want the same people responsible for all of these kapalpakan - to continue running the country for six more years after May 2022?" Carpio said.