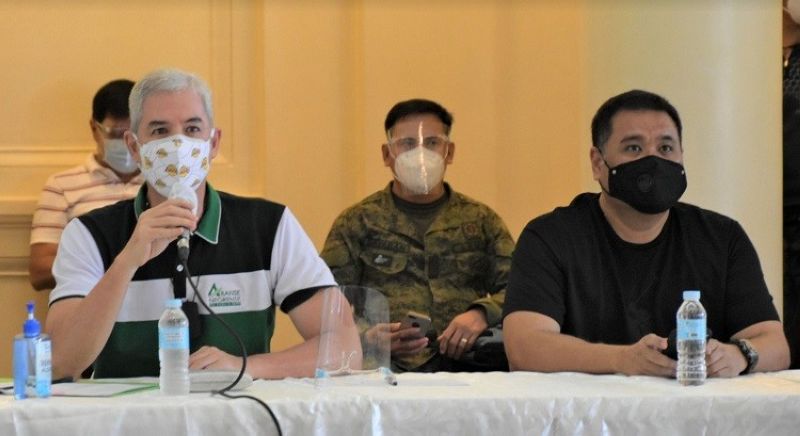 NEGROS. Negros Occidental officials agree to place the entire province under the stricter general community quarantine due to the surge of Covid-19 cases. (Contributed photo)

Governor Eugenio Jose Lacson said the Negros mayors unanimously approved the resolution based on the suggestion of Cadiz City Mayor Salvador Escalante to request the IATF to lower the quarantine status of the province in an emergency meeting Friday.

Once approved, the movement within the province will again be limited and some of the cities may even close their borders to travelers. Checkpoints will also be set up again by respective local government units.

The mayors have also proposed and agreed on a unified curfew protocol during the GCQ period from 8 p.m. to 4 a.m.

Lacson also confirmed that the province is now experiencing a "second wave" in the ongoing Covid-19 pandemic due to rapid local transmission.

On April 7 alone, the province recorded a staggering 86 new local cases, whereas only three were tagged as locally stranded individuals.

Lacson said it was already difficult for them to control the local transmission, but nonetheless reminded local government units (LGUs) to be vigilant and to further strengthen their contact tracing efforts.

The governor also proposed to the mayors to adopt "granular lockdowns" in areas where there is a rapid spread of new coronavirus cases.

The LGUs have also been given the authority to make the decision best suited for protecting the local populace.