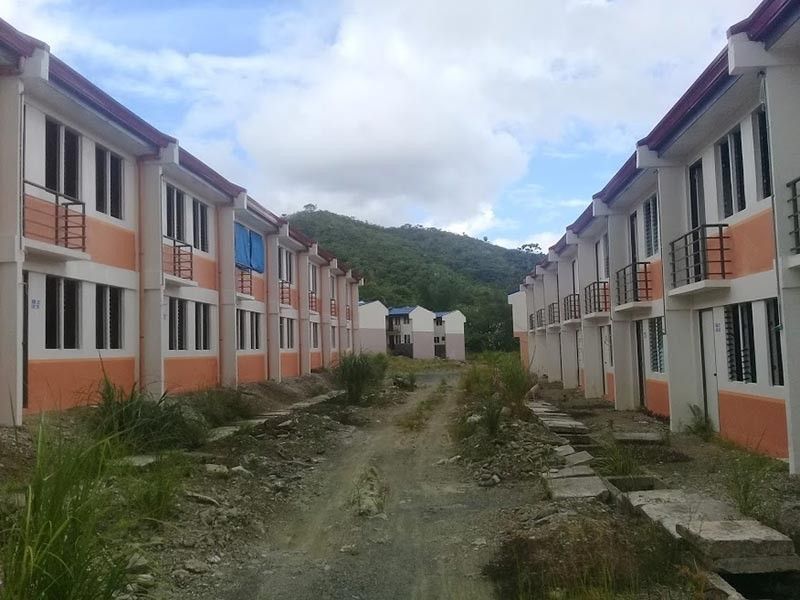 Aida Vidal, general manager of Francesco, said the recipients were from Pope Francis Village Homeowners’ Association coming from the coastal areas of Barangay Magallanes and San Jose District of the city.

"Finally, you have a house that you can now call your own,” added Tacloban City Vice Mayor Jerry Yaokasin during the awarding of occupancy permit and the ceremonial turnover of the key at the Tacloban Redemptorist Church.

According to Yaokasin, the Pope Francis Village is the only “in-city" resettlement site that was initiated by the Francesco consortium after poor coastal communities were faced with eviction and government plans to relocate them over 30 kilometers from the city and the sea where they make their livelihoods.

“Each homeowner will receive a certificate of ownership for their house and eventually the land will be transferred to Homeowners’ Association to be managed as a community,” Yaokasin added.

“These 303 units have accommodated those families who lived in danger zones that were devastated during the onslaught of Super Typhoon Yolanda on November 8, 2013. They now can enjoy decent housing and free from danger during typhoons,” the consortium said.

The Pope Francis Village, located some seven kilometers away from the city proper, is also called a “people-driven” housing project “since members of the Homeowners Association have participated in the process of design and conceptualization of the houses.”

Beneficiaries also participated in the construction process, as many of them were hired as laborers and skilled workers.

The members also took part as volunteers in many aspects of the building of the Pope Francis Village.

According to the consortium, the “pintakasi” became the norm of the people, and this will continue as they nurture their new community and be part of a greater society.

The Francesco consortium is composed of local and foreign organizations including the Caritas Canada, Canadian Catholic for Development and Peace, Catholic Bishops' Conference of the Philippines-National Secretariat for Social Action, Archdiocese of Palo through Caritas-Palo, the Congregation of the Most Holy Redeemer, Urban Poor Associates, the Redemptorists, National Housing Authority, Development of Social Welfare and Development, and other private and national government agencies. (SunStar Philippines)