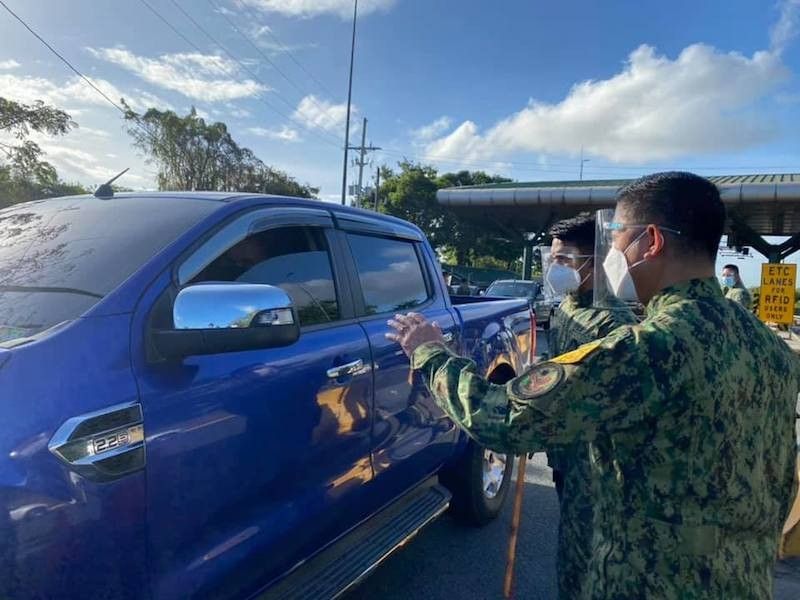 MANILA. Police inspect vehicles to ensure that only authorized persons outside residence are moving about NCR and the provinces of Bulacan, Cavite, Laguna and Rizal. (File)

President Rodrigo Duterte has approved the slight easing of restrictions in the area as well as the escalation of quarantine measures in Abra and Quezon provinces.

Roque reiterated that the rest of the province of Isabela as well as the provinces of Cagayan and Nueva Vizcaya, all in Cagayan Valley, will be under GCQ until April 30.

Other areas that will remain under GCQ are Batangas, Tacloban City (Leyte), Iligan Ciy, Davao City, Lanao del Sur and the rest of Cordillera Administrative Region.