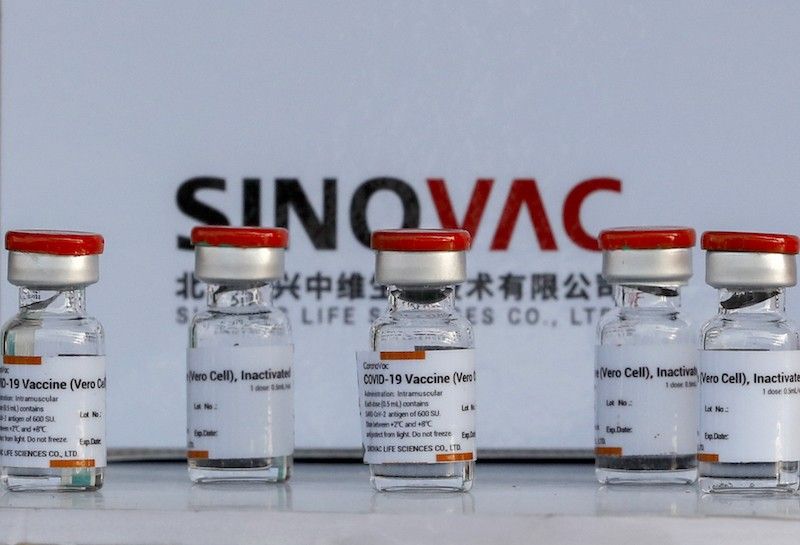 The Philippine Airlines flight PR359 that carried the vaccines from Beijing touched down at the Ninoy Aquino International Airport at 5:10 p.m., PAL spokesperson Cielo Villaluna announced.

With these additional supplies, the Philippines has already received 2.5 million Sinovac doses, including one million doses donated by China.

The first shipment of 600,000 doses of the Sinovac vaccine donated by China arrived on February 28, allowing the government to implement a vaccination program against Covid-19 on March 1.

The second shipment of 400,000 doses, also donated by China, arrived on March 24, while one million doses, the first government-procured shipment from Sinovac, were delivered on March 29.

The 500,000 doses that arrived Sunday constitute the second batch of Sinovac vaccines procured by the government.

The Philippines has also received 525,600 doses of the AstraZeneca vaccine that were donated through the Covax facility.

The Sinovac vaccine, called CoronaVac, is given in two doses 28 days apart.

It was developed by Sinovac Life Sciences in China from an inactivated Sars-CoV-2, the virus that causes Covid-19.

The Food and Drug Administration (FDA) first granted on February 22 an emergency use authorization for the Sinovac vaccine for adults 18 to 59 years old. The FDA allowed its use for senior citizens aged 60 and above on April 7.

Vaccination of senior citizens with the CoronaVac is supposed to begin on Monday, April 12. (Marites Villamor-Ilano / SunStar Philippines)