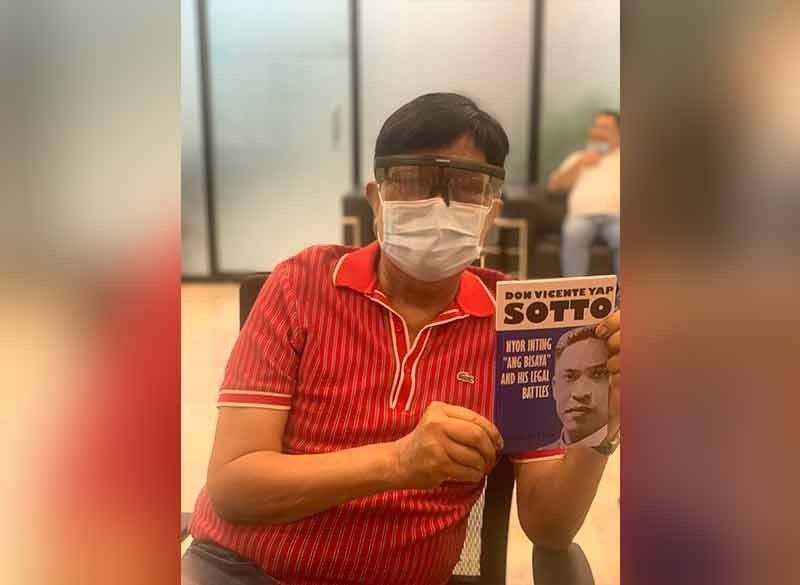 BOOK ON SOTTO. Cebu City Mayor Edgar Labella holds an advance copy of the book about Don Vicente Sotto, “Nyor Inting ‘Ang Bisaya’ and his Legal Battles,” which is authored by lawyer Clarence Paul Oaminal. The book will be launched on the 144th birth commemoration of Don Vicente Yap Sotto on April 18, 2021. / Contributed

The book, “Nyor Inting ‘Ang Bisaya’ and his Legal Battles,” will be launched on April 18, 2021, in time for Sotto’s 144th birth commeration. Further details about the book launch were not available as of press time.

Sotto was born in Cebu, of well-to-do Catholic parents who came from Manila and settled in Cebu in the mid-19th century. He is considered as the “Father of Cebuano Literature,” according to National Artist for Literature Resil Mojares in his 1976 essay, “Vicente Sotto and the Rise of Realism in Cebuano Literature.”

In his brief literary career, which Mojares wrote ended around 1915, Sotto produced works with realistic themes, and “it can be said (he) inaugurated the movement toward a ‘modern’ literature in Cebuano.”

Some of Sotto’s literary works were printed in “Ang Suga.”

As a lawyer and politician, Sotto figured several legal battles against the Spanish rule and later, the American colonial period.