No severe side effects from AstraZeneca reported in Davao City 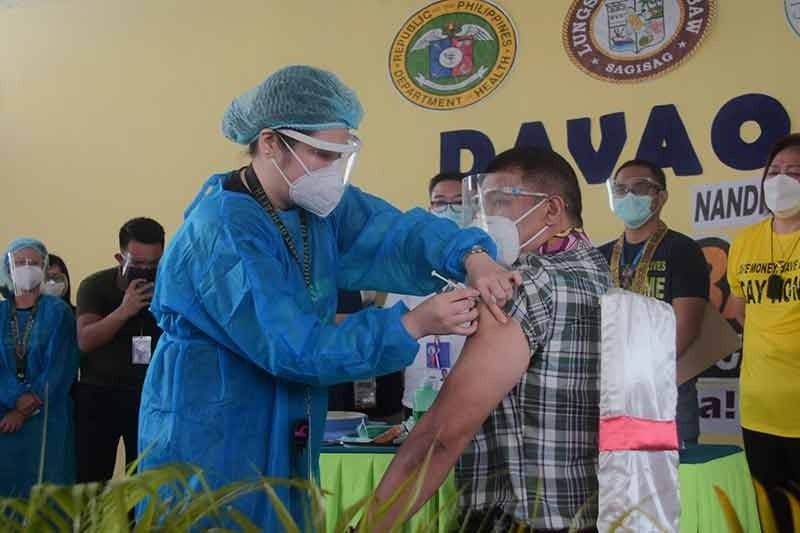 FOLLOWING reports about AstraZeneca vaccine and its side effects linking to blood clots and low platelet counts in some countries, the Davao City Health Office (CHO) has not reported any severe side effects from medical health workers inoculated with the vaccine.

This after the Department of Health (DOH) on Thursday, April 8, 2021, adopted the recommendation of the Food and Drug Administration (FDA) to suspend the use of the AstraZeneca vaccine for adults under 60 years old.

CHO Acting Head Dr. Ashley Lopez said in a Facebook live interview with SunStar Davao's The Talking Heads that contrary to what happened in some parts of Germany, where some who were inoculated with the AstraZeneca vaccine experienced a severe case of thrombosis or blood clot, Davao City has not reported any similar cases among its health care workers.

He added that not a single case in the entire country was also reported.

According to the World Health Organization, thrombus is the final product of the blood coagulation step in hemostasis.

However, Lopez admitted that they received reports of health care workers manifesting mild side effects of the AstraZeneca vaccine.

Despite this, the official said they will heed the order of the FDA.

Citing FDA Director-General Rolando Enrique Domingo's report, he said there are currently 16 reported cases of vaccine recipients who had cases of blood clots.

Lopez said the suspension is only temporary as the national government will still conduct further study on the vaccine.

As of now, the CHO is currently waiting for the "clearance" from the DOH for them to proceed with the vaccination of the second dose.

Lopez also said they are hoping that the national government will not order the discontinuation of the inoculation of the AstraZeneca vaccines, considering that 1,000 health workers in the city have already received the vaccine.

In a previous report, the health official reported 32 individuals administered with the AstraZeneca Covid-19 vaccine manifested adverse reactions towards the vaccine but these were expected and they are now doing well.

One of the healthcare workers inoculated with the vaccine had difficulty in breathing and was admitted at the Southern Philippines Medical Center. The patient was discharged after four hours of being placed under observation. He said the patient was treated for “anaphylactic reaction” or allergic reaction.

Lopez, who was the first to be inoculated with AstraZeneca vaccine on March 13 at Magallanes Elementary School, also experienced mild side effect after being vaccinated.

He said he developed fever and swelling on his left arm shortly after receiving the vaccine.

The Oxford-AstraZeneca's Covid-19 vaccine, allocated by the National Government, is the first batch of the 4.7 million doses of Covid-19 vaccines that the Philippines is expected to receive under the first round of Covax allocations.

Lopez said the 20,000 doses AstraZeneca vaccine is the first and, by far, the last batch that the region received. He said Davao City had a share of 2,000 doses.

Domingo, meanwhile, emphasized that the suspension does not mean the vaccine is unsafe or ineffective against Covid-19.

“It just means that we are taking precautionary measures to ensure the safety of every Filipino. We continue to underscore that the benefits of vaccination continue to outweigh the risks and we urge everyone to get vaccinated when it's their turn,” he said in a statement.

He urged those eligible to receive the vaccine - healthcare workers, senior citizens and persons with comorbidities - to get it. (RGL with reports from SunStar Philippines