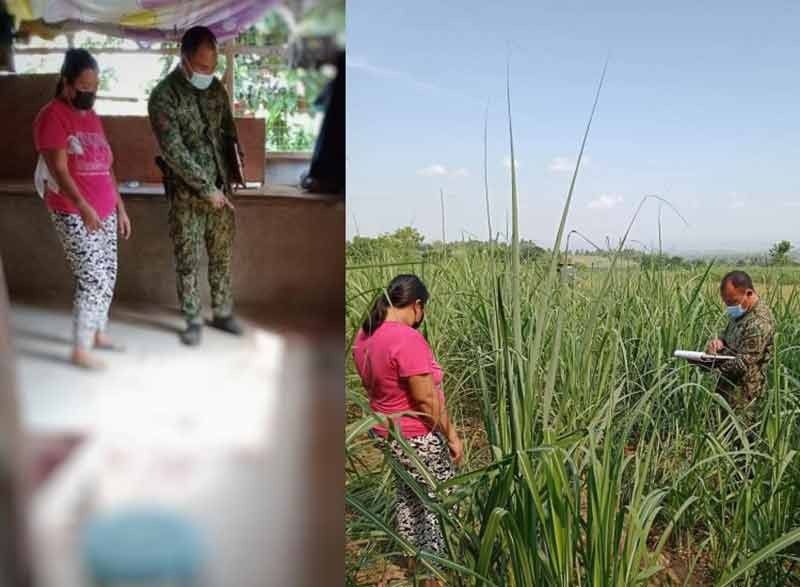 Due to alleged gossip, a barangay kagawad and his son were hacked to death by their relative in Barangay Ilijan in Bago City Saturday evening, April 10, 2021.

The fatalities were identified as Manuel Suriaga, 77, and Rene Suriaga, 44, all of Purok Malunggay A of the said barangay in the southern Negros Occidental locality.

Police Lieutenant John Joel Batusbatusan, chief of Bago City Police Station, said the older Suriaga was inside the kitchen area of their store preparing their food for dinner along with his daughter-in-law and three children around 6:30 p.m.

"His daughter-in-law and children were unharmed as they were able to immediately run outside through the door at the back," he said, adding that their father was able to go out but the suspect followed and continued to hack him until he fell.

The other victim, a utility worker, was at the nearby residence of their relatives.

Upon hearing the commotion, the younger Suriaga immediately ran towards his father's house.

Without him knowing, his cousin-suspect was hiding at a guyabano tree who then hacked him several times.

The two victims sustained multiple hack wounds on different parts of their bodies. Both lost one of their arms.

The crime did not end there.

Another relative, 47-year-old Jonarie Suriaga responded to the commotion. He is also a cousin of the suspect.

He did not see the suspect hiding in a banana plantation near the house of the victim.

The suspect hacked him once.

Suriaga (Jonarie) sustained a minor wound on his back. He was able to run and hide.

Batusbatusan said the suspect fled bringing with him the bolo he used in hacking the three relatives.

The father and son, however, did not survive while the other victim is still recuperating.

The suspect was arrested in a hot pursuit operation at his residence at the same address.

Recovered from him the bolo used in the crime. He initially denied the killing.

Investigation showed that prior to the incident, the suspect heard his uncle talking to somebody.

He alleged that his uncle was spreading gossip that he raped his sister.

"This probably triggered the suspect to attack the victims," the police said.

In a related development, the suspect, in a radio interview, admitted killing his relatives and injuring another one.

He is facing two counts of murder and attempted murder charges.