Bacolod police to file 4 counts of murder vs massacre suspect 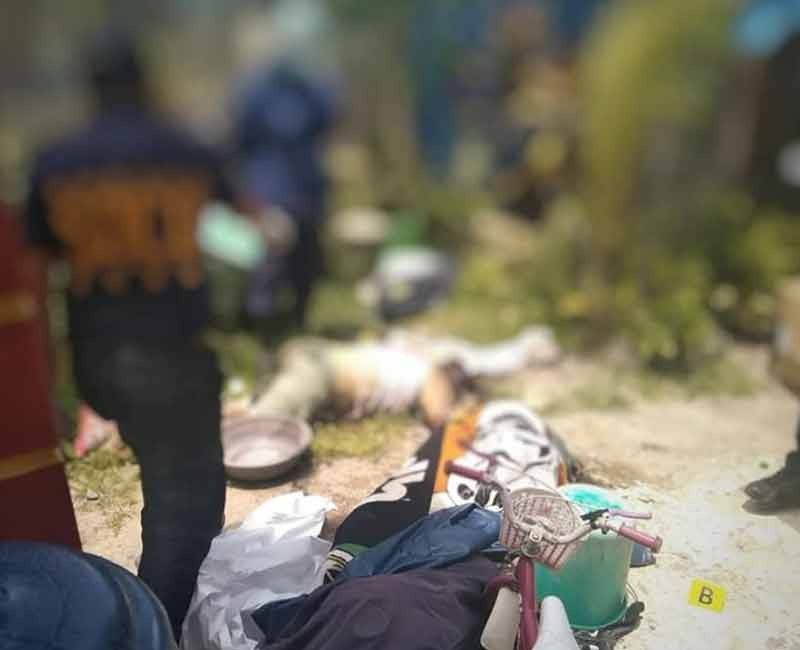 FOUR counts of murder complaint will be filed Monday, April 12, 2021, before the City Prosecutor’s Office against Christian Tulot, who killed his four relatives at Gardenville Subdivision in Barangay Tangub, Bacolod City.

Police Major Joery Puerto, chief of Police Station 8, on Sunday they are now preparing all the documents for the filing of charges against Tulot after he already executed his extra-judicial confession on Saturday that he is the lone suspect in the killing of his relatives Jocelyn Nombre, 59; Gemma Espinosa, 69; Michael Espinosa, 35; and Precious Espinosa, 6, on April 4.

He said Tulot signed his extra-judicial confession with the presence of his private lawyer Bartolome Maldi Jr. and the members of the local media.

He added they will also file separate charges for robbery against the suspect.

Last week, the police also filed a complaint before the City Prosecutor’s Office against Tulot for violation of Section 11 of Republic Act 9165 or the Comprehensive Dangerous Drugs Act of 2002.

Tulot at first denied that he had participated in the killing of the victims, where he pointed to his uncle and a certain "Bro" as perpetrators.

Puerto said it was only a cover-up story of the suspect, who was under the influence of illegal drugs, to show his less participation in committing the crime, but later he admitted that he killed them alone using a hammer and cane machete.

He said he only implicated his uncle and “Bro” was him.

Tulot, an adopted son of Nombre’s sister, also admitted that he was using illegal drugs.

The police recovered the hammer and cane machete from the house of the victims, while gadgets, pieces of jewelry and other items allegedly stolen by the suspect were recovered from his friend’s house in Barangay Bunga, Don Salvador Benedicto on Thursday.

Tulot, who turned emotional, is asking for forgiveness from the family of the victims, as well as from the police for making different statements.

Puerto said they already cleared the name of Joel and he can also file criminal charges against Tulot for implicating his name in the crime.