Cebuano Greg Slaughter ‘will come to his own’ at NorthPort, says Tim Cone 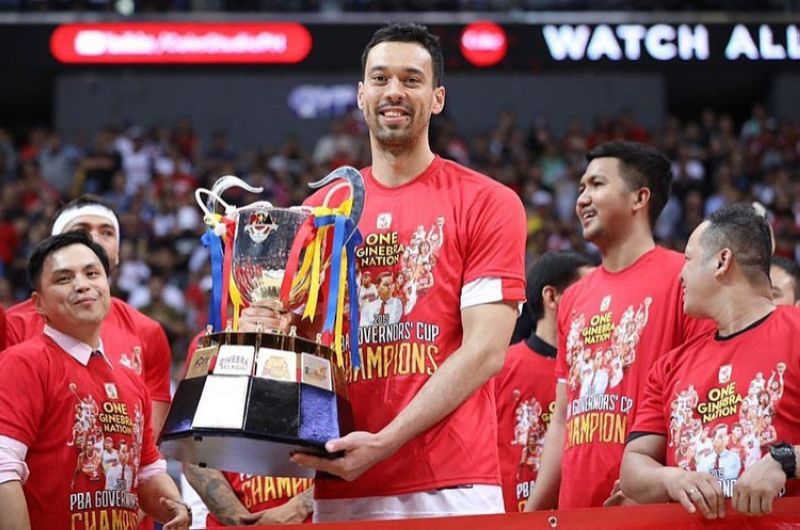 Ginebra head coach Tim Cone pegs his former ward, Greg Slaughter, will come to his own over at NorthPort. (PBA photo)

The 7-foot Slaughter was one of Cone’s most trusted big men during his time with Ginebra before he was traded this offseason for Christian Standhardinger. Now free of having to share minutes and touches with the likes of Joe Devance and Japeth Aguilar, Cone said during his appearance on the show “The Chasedown,” that he expects Slaughter to have a great season.

"Given the opportunity over there where he is kind of on his own, not sharing the limelight with Japeth (Aguilar) and Joe Devance, and other players, I think he is really going to come to his own," divulged Cone.

Cone admitted to feeling sad having to let the former University of the Visayas standout go, but added that the change of scenery would help Slaughter rejuvenate his career, especially after he took a year-long sabbatical.

"I think Greg is going to step forward at NorthPort. And I think he's going to get that opportunity where the team is going to be built around him. I think that's the kind of game that Greg needs," Cone shared.

"He needs the game to be built around him as opposed to being a complementary player," added Cone.

Cone, though, added that he is not looking forward to their first on-court meeting in the 2021 Philippine Cup as he expects Slaughter to be a huge thorn on the side of the Kings.

"I never like playing against our ex-players because they're motivated and they're always ready to go. And you know Greg is going to get his team going," said Cone. (JNP)