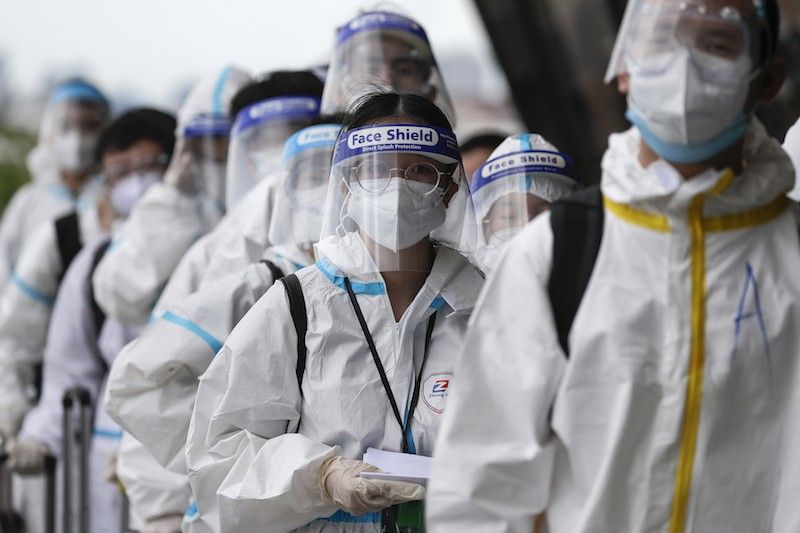 The new infections brought the cumulative case count to 876,225, of which 157,451 or 18 percent were active cases in hospitals and isolation facilities.

The 204 additional mortalities raised the death toll to 15,149 as of Monday. The case fatality rate has remained at 1.73 percent since April 9.

The daily positivity rate remained elevated at 19.5 percent. Testing output was relatively low as only 27,378 samples were processed as of noon of April 11.

Although cases have exceeded 11,000 a day since April 9, the seven-day moving average in the past week fell below 10,000.

Dr. Alethea de Guzman, DOH Epidemiology Bureau director, said in a Malacañang press briefing earlier Monday that the daily average would still have exceeded 10,000 had all testing laboratories been operational during the Holy Week.

The entire country remained at high risk, with an average daily attack rate (Adar) of 9.13 in the recent one to two weeks from March 28 to April 10.

The National Capital Region (NCR) has the highest Adar of 36.32 per 100,000 population, followed by Cordillera, Cagayan Valley, Calabarzon, Central Luzon and Ilocos. These regions are considered high risk.

Central Visayas, Soccsksargen and Bangsamoro are now classified as low risk. The recent seven-day moving average in Central Visayas from April 5 to 11 went down to 219, almost half of the estimated 405 seven-day average a month ago from March 5 to 11.

In NCR+ alone, De Guzman said cases have averaged 6,324 a day in the recent week. NCR+ refers to NCR and the provinces of Bulacan, Cavite, Laguna and Rizal.

The NCR+ shifted to modified enhanced community quarantine on Monday, April 12, after two weeks of ECQ.

On deaths, De Guzman said the peak was observed around two weeks after the rapid increase in cases in the first week of March.

She said most of the deaths involved those in vulnerable groups and some of them sought medical consultation only after one or two weeks of manifesting symptoms.