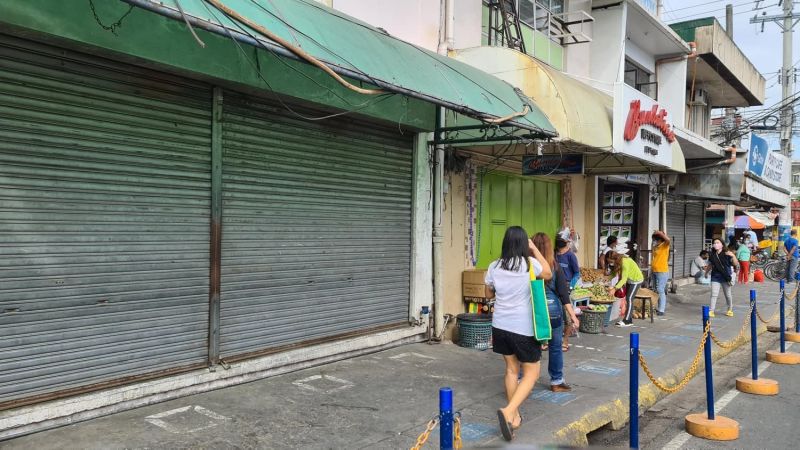 STRICTER MEASURES. Restaurants in the City of San Fernando can only serve take out and no dine-in, while non-essential stores are shuttered from April 12 to 18, 2021 as the local government imposed stricter safety and health protocols amid the rising cases of Covid-19. (Chris Navarro)

THE City Government of San Fernando has heightened its protocols against the spread of coronavirus disease (Covid-19) amid the continuous rise of cases in the city.

Under the said measure, all barangays, through the supervision of Philippine National Police are mandayed to set-up control points in their area to limit the movement of people.

Non-residents of the city are also required to present an RT-PCR test with negative result or valid company ID or certificate of employment prior to their entry in the city.

The City Government also launched a program dubbed as "Kapitbahay Ko, Bantay Ko," wherein residents are encouraged to monitor the movement of their neighbors as boost to the home quarantine protocol.

Governor Dennis Pineda's Executive Order 05, which included curfew hours from 10 p.m. to 5 a.m., as well as liquor ban is also strictly implemented in the city.

Meanwhile, all mass gatherings such as but not limited to sporting events, concerts, cinema screenings, parties and celebration are banned, while weddings conducted at the City Mayor's Office or Judge's Sala is limited to five persons who must also present negative swab test taken at least 72 hours prior.

Dining in on any restaurant is also strictly prohibited as food establishments are only allowed to operate through take-out and delivery options.

All public markets, including the New Public Market, Old Public Market, Sindalan Market, Bulaon and Northville Market, are only operating from 5 a.m. to 3 p.m.

Funerals and burials can be held for maximum of two days and only immediate family members are allowed to attend. Funeral processions are banned.

As of Sunday, April 11, the city reported a total of 2,767 confirmed cases of Covid-19. On the said day alone, 60 new cases were logged, bringing the total number of active cases to 612.