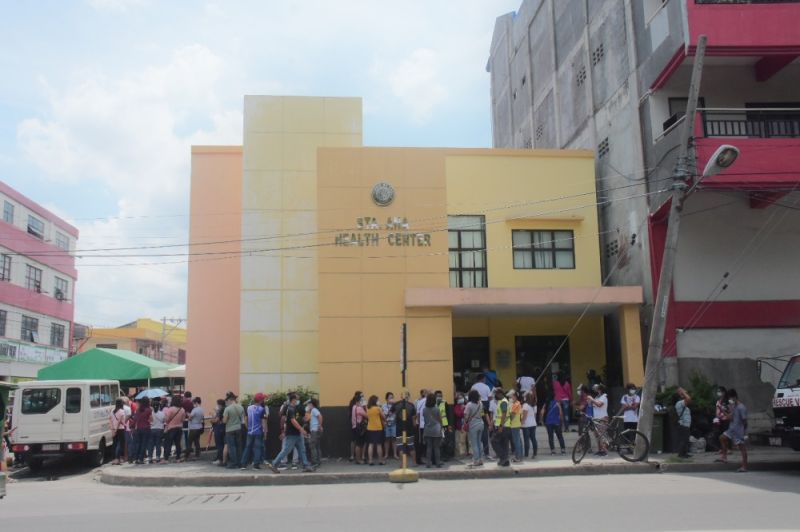 The mayor said in a radio interview on Monday, April 12, that Sta. Ana, the city's main swabbing center, is currently experiencing congestion.

The city is currently implementing the mandatory swab testing of all close contacts, including the second and third generation contacts of confirmed Covid-19 patients.

"There is a need to expand the testing of contacts beyond the F1 category as an attempt to control transmission of the virus," the EO stated.

Since the city heightened its surveillance and contact tracing efforts, the mayor saw an increase of Covid-19 tests, which reached up to more than 900 per day.

Aside from detecting more positive patients, Duterte-Carpio also said this will allow them to determine the cause of the clustering of cases.

“Kinahanglan nga ilahang masumpay-sumpay ang takod takud para makita ang sinugdan ug last person, para maputol ang transmission (There is a need to determine and see how those in a cluster of cases are linked together and who infected who. This will allow us to break the transmission),” she said.

The mayor also said the city is also monitoring and mandating individuals with influenza-like illness (ILI) symptoms to be swabbed at the nearest district swab sites.

The World Health Organization defined ILI as an acute respiratory infection with the following: a measured fever of more than or equal to 38 degrees, cough, and onset within the last 10 days.

The mayor admitted that only few people with ILI symptoms reached out and have themselves tested.

With this, she encouraged Dabawenyos to avail themselves of the free Covid-19 testing for targeted residents, people experiencing ILI symptoms, and for Covid-19 close contacts.