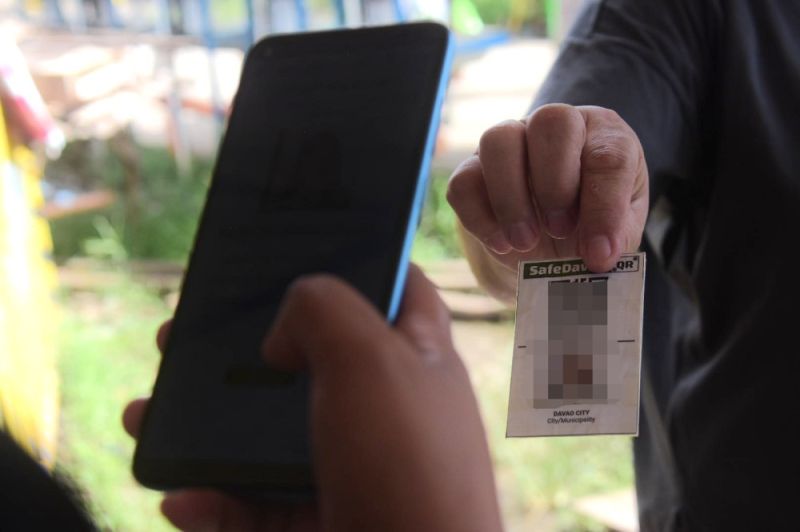 SAFE Davao QR (DQR) holders who tested positive for coronavirus will be barred from entering business establishments or private offices.

Davao City Mayor Sara Duterte-Carpio said in a radio interview on Monday, April 12, that this is the latest feature of DQR, the city's contact tracing system, wherein DQR holders are suspended from using their personal QR code.

“Kanang mga naga positive, naka block na sila automatic pag endorse sa ilahang pangalan ug DQR. Ginapangita na sila sa system sa DQR team and then gina block sila so dili nila magamit ang ilahang DQR (Those who test positive will be automatically blocked once their names are endorsed to the DQR system. The DQR team will look for their names and block their QR codes so they cannot use it)," the mayor said in an interview on 87.5 FM Davao City Disaster Radio.

The mayor added that for asymptomatic patients, their QR code will be blocked for 14 days, and will only be extended once they have not been discharged or they have not been admitted. She also said this would depend upon the recommendation of the City Health Office.

She said, though, that there will be instances that the QR code will be blocked for other reasons.

DQR is the city's electronic contact tracing and travel pass platform intended to be implemented for several purposes. City and non-city residents within the territorial jurisdiction of the city are required to register and secure their own DQR. It was piloted in November last year.

In January, the system started sending a push notification, through a text message, to individuals who were in close contact with a Covid-19 patient. This includes the time and place where he or she had close contact.

The mayor revealed on April 5 that those who are contact traced will also be notified to get tested.

This after the city ordered the mandatory swab testing of all close contacts, including the second and third generation contacts of confirmed Covid-19 patients.

"There is a need to expand the testing of contacts beyond the F1 category as an attempt to control transmission of the virus," the EO said.

But she said the DQR system cannot determine or block individuals who were told to get tested but did not comply with it.

The mayor also admitted that the city has currently no corresponding penalty for close contacts who were given a schedule for testing but refused to comply with the mandatory swabbing.

Duterte-Carpio said establishments who are not scanning their customers to those entering or leaving their premises remain to be a challenge.

The mayor reiterated that properly scanning those who enter and leave the offices and establishments could help the city in its contact tracing efforts especially for those F2 and F3.

“Dako ni siya’g tabang sa imoha as an individual nga mapahibalo nga duna kay encounter (This would also be beneficial for an individual to know that he or she encountered) or contact with a positive case, so that ikaw mag-self monitor naka. Karon, sa atong bag-ong strategy, magpa-test dayon ka after ka matagaan og schedule (you will self monitor. Also, with our latest strategy, you will undergo a test once you are given a schedule),” Duterte-Carpio said, adding that the schedule for testing is given mostly five days after having exposure with a confirmed positive.