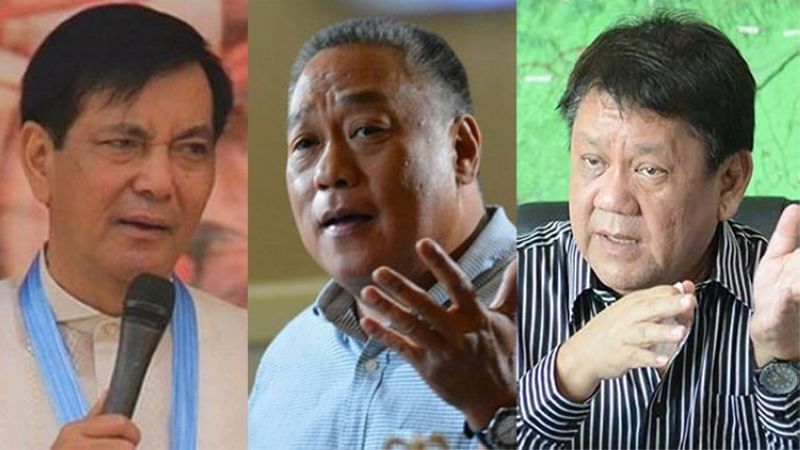 CEBU City Vice Mayor Mike Rama had repeatedly been saying in City Council sessions, which he regularly presides, he would not run for vice mayor in the 2022 election.

Last January 12, Bzzzzz reported: Mike "might run for congressman or for mayor again... At least twice before, he announced in the Sanggunian he'd no longer run for the post he's been occupying since June 20, 2019. ‘I would no longer be running for vice mayor in 2022,’ he said again last Wednesday (that's January 6), in the City Council's first session this year. 'That's why I'm teaching you these things,' referencing his efforts to check and balance the executive department effectively by acting as one body, with 'no minority and no majority.'"

The stance, Bzzzzz said then, is being seen by some City Hall watchers as preparing the ground for his plans in next year's elections.

Or it could've been just jockeying for a larger role in running City Hall. Since Mayor Edgardo Labella gave him the post of vaccine czar/convenor, he has calmed down and less forceful in waging the checks and balance he used to rally the Sanggunian members with.

CHANGE OF PLAN? He could be revising plans and adjusting his sights on the next election.

Read this item in Atty. Frank Malilong's opinion column in SunStar of April 8, which listed the things Mike told him in a conversation: The vice mayor "reiterated that he will support Mayor Edgar's reelection bid WITH HIM AS RUNNING MATE (capitalization supplied)."

That's a complete turnaround from what VM Rama had been repeating multiple times before in the Sanggunian, the last time on January 6, namely, that he would not run for vice mayor in the 2022 election. City Hall watchers speculated then that it could be for congressman, Representative Bebot Abellanosa's seat, or for mayor again.

Politicians change their mind or deliberately use it as bargaining tool or red herring to mislead or confuse foes and friends. Mike, just like any other politico, could not be expected to latch on to his publicized plans. But the public is fascinated by change of courses, particularly in interesting cliff-hangers in local politics, which include where VM Rama would be in the next election.

If he said what he said to Torni Frank -- and the reporting has not been corrected or disputed to this day -- the new question would be: would VM Mike keep his word to Mayor Labella? As Mike reminded his Sanggunian colleagues again and again, the October COC-filing deadline was drawing near.

Broadcaster Jayson Monteclar had noted more than once that Cebu Vice Governor Junjun Davide had not been heard from for some time already.

What makes it extra newsy is that for some time already, there had been sparse information from the vice guv's office or the official occupying it.

As a Capitol beat reporter once noted, "We either have flood of news from one public official or drought of news from another."

Could be just April 1 prank

In an April 1 post, former mayor Tomas Osmeña said, "Ang pangilad na pang kada-adlaw." He could be referring to these requests, "Mayor Tom, can I borrow money?" "Mayor Tom pingi (pahingi) po aircon." "Bayran ko dayon." Regarding those messages, another commented that someone asked money from him too, "the audacity of people."

Or they could be just pulling Tomas's leg. It was April Fool's Day and they must suspect the former mayor would run for mayor again.