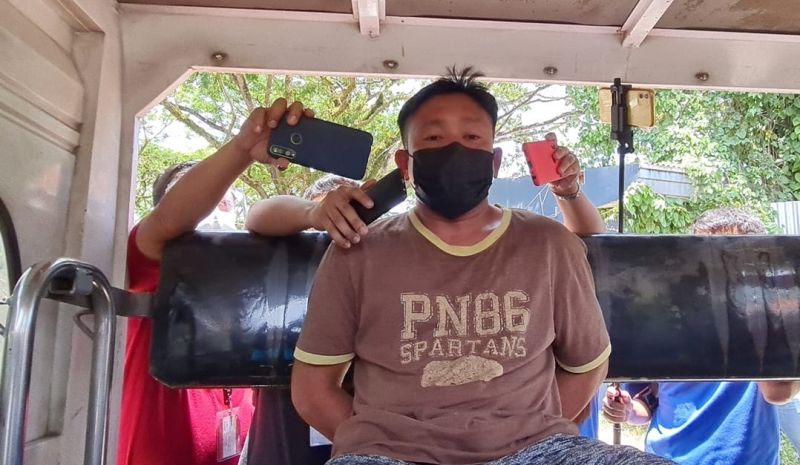 POLICE Major Joery Puerto, chief of Police Station 8, said Monday, April 12, that they were not able to file the case against Christian Tulot, the suspect in the killing of his four relatives, because they are still waiting for the family of the victims.

He said Tulot's extra-judicial confession was already subscribed and sworn before the City Prosecutor's Office in Bacolod on Monday, April 12.

Tulot was the suspect in the killing of his relatives Jocelyn Nombre, 59; Gemma Espinosa, 69; Michael Espinosa, 35; and Precious Espinosa, 6, at Gardenville Subdivision in Barangay Tangub, Bacolod City on April 4.

Puerto said Nombre's husband, who is from Manila, will arrive Tuesday, April 13, and they will file the four counts of murder complaint against the suspect.

Aside from four counts of murder, Puerto said they will also file separate charges of robbery against Tulot.

On Saturday, April 10, Tulot signed his extra-judicial confession with the presence of his private lawyer Bartolome Maldi Jr. and the members of the local media.

He admitted that he is the lone suspect in the killing of his relatives.

Tulot at first denied that he had participated in the killing of the victims, where he pointed to his uncle and a certain "Bro" as perpetrators.

Puerto said it was only a cover-up story of the suspect, who was under the influence of illegal drugs, to show his less participation in committing the crime, but later, the suspect admitted that he killed them alone using a hammer and cane machete.

He said the suspect only implicated his uncle and "Bro" was him.