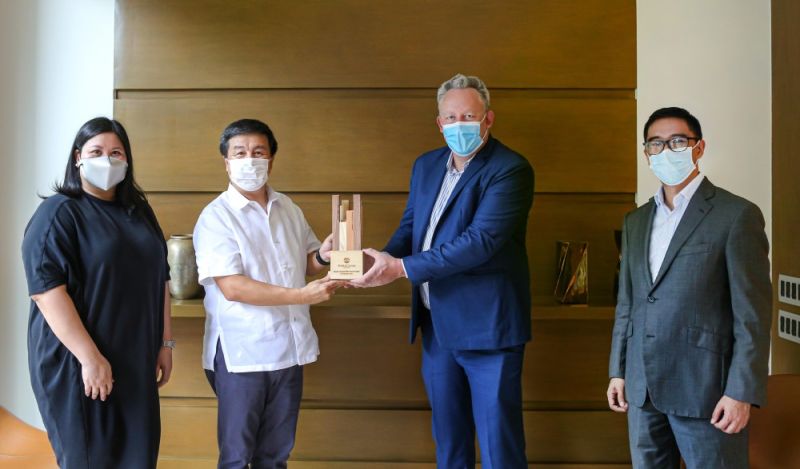 CONVERGE ICT Solutions Inc. has harvested several awards from various local and international institutions for its rampant growth in recent years amid its brisk expansion to reach unserved and underserved markets.

This further accelerated last year to serve more customers who are in need of high-speed internet connection for their work from home, online classrooms, or entertainment needs amid community quarantines aimed at stopping the spread of Covid-19.

For its continuous commitment to improve Filipinos’ connectivity, Converge earned recognition as the "Fastest Growing Fiber Internet Service Provider" in the 2020 International Finance Awards for the second year running.

More recently, Converge was recognized as a regional and national ‘Growth Champion’ by consumer data firm Statista, together with international publications Financial Times and Nikkei Asia, and the Philippine Daily Inquirer.

The survey, which covered 2016 to 2019 revenue growth, reported Converge as the third fastest-growing company in the country.

This landed Converge on the 135th spot in Statista’s annual "500 High Growth Companies" list in the whole of Asia.

The Nordic Chamber of Commerce of the Philippines also lauded Converge at the 2021 Nordic Sustainability Awards last March.

Converge was named the chamber’s Growth Business Partner of the Year, owing to the company’s momentous revenue and employment growth.

Converge reported earlier that it has more than doubled its fiber network in 2020, laying down more than 28,300 kilometers of fiber optic cables or an expansion of 107 percent from 26,600 km from 2019.

Converge has also doubled its subscriber base from 2019 and breached the 1-million mark by end-2020, pushing its revenues to grow by 71 percent year-on-year.

For 2021, Converge will forge ahead with its expansion plans, including establishing inter-island connectivity to include Visayas and Mindanao in its fiber network, and expanding its reach in the enterprise segment.

To support its growing customer base, the fiber broadband provider launched several channels for customer support including the Converge Xperience App which had already been downloaded by a third of its customers.

The company also extended customer assistance through the Click2Call service over the internet, aside from traditional landlines.

With these initiatives, Converge was able to fast-track its application-to-installation turnaround time.

As of December 2020, Converge installed nearly 90 percent of new subscribers in Metro Manila within seven days and over 60 percent within one day of application.