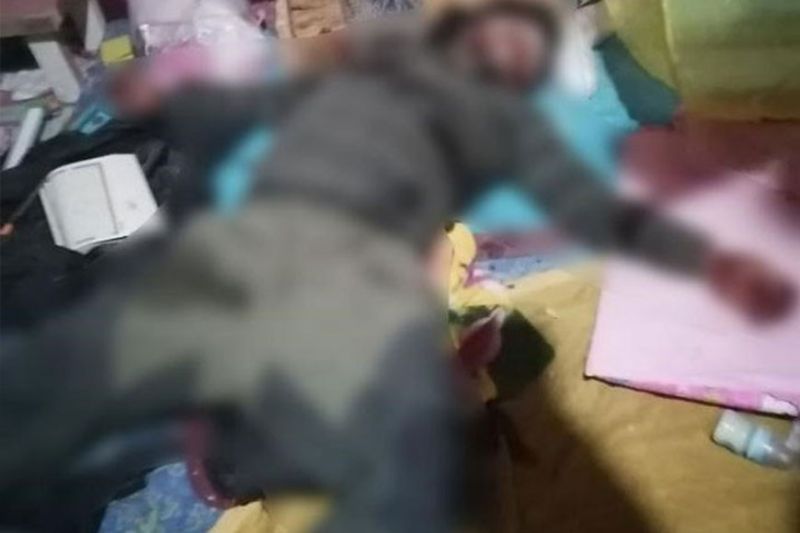 ZAMBOANGA. Troops clash with a group of Dawlah Islamiya terrorists on Sunday, April 11, in Guimba village, Marawi City, Lanao del Sur. A photo handout shows the remains of the terror group leader, Usop Nasif, who was killed during the firefight. (SunStar Zamboanga)

AN ISLAMIC State for Iraq and Syria (ISIS)-linked Dawlah Islamiya (DI) leader was killed, while nine others, including the leader's wife, were wounded in a firefight in Lanao del Sur, the military reported Tuesday, April 13.

On the same day, a member of the same terror group surrendered to government troops also in the province of Lanao del Sur.

Vinluan said the firefight ensued after Nasif and his followers opened fire upon noticing a group of soldiers and policemen approaching their hideout.

Vinluan said the troops launched a law enforcement operation after they received a report on the presence of Nasif and his followers in Guimba village.

He said Nasif was rushed to Amai Pakpak Medical Center but was declared dead on arrival by the attending physician. Nasif's wife, Almaira Panduma, who was wounded, was admitted for treatment.

The Westmincom did not release the identities of the wounded policemen and a soldier pending notification to their relatives.

Payapaya said that Abu Hamza revealed that he decided to surrender after realizing that what they are actually doing are mere terrorism.

Hamza said Faharuding Hadji Satar alias Zacharia, who succeeded Abu Dar as the new emir of the ISIS-linked DI terror group, is incompetent with poor leadership style, according to Payapaya.

Payapaya added that Hamza’s surrender can be attributed to the efforts of the intelligence section of 51IB and the good partnership and collaboration of the local government, police and 103rd Infantry Brigade. (SunStar Zamboanga)