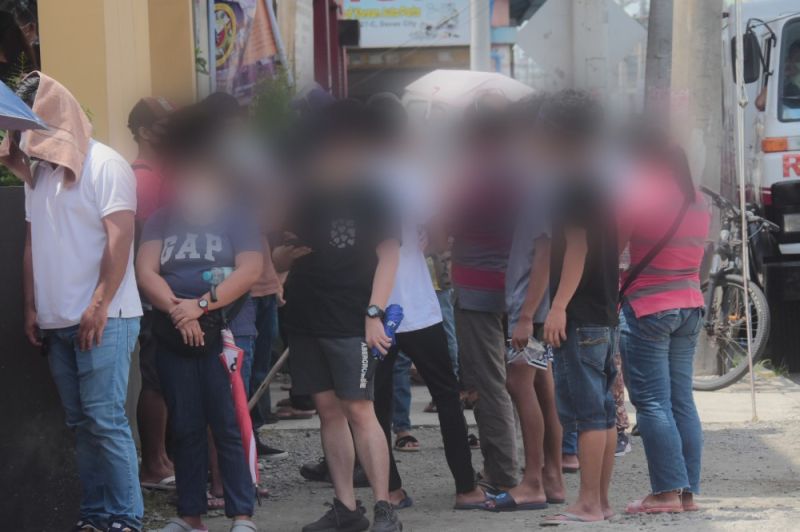 THREE percent out of the 468 individuals swabbed during the city’s surveillance swabbing in markets and selected establishments on Wednesday, April 7, tested positive for Sars-CoV-2, which causes the coronavirus disease (Covid-19).

City Health Office (CHO) Acting Head Dr. Ashley Lopez said the City Government has conducted surveillance swabbing in some establishments in the Uyanguren area and the Calinan and Agdao Public markets as part of the city’s implementation of the heightened surveillance and response of Covid-19 cases in Davao City under Executive Order 18.

“When we had the surveillance swabbing at Agdao Public Market, we swabbed 468 people of which three percent turned out positive,” Lopez said.

He said they are still waiting for the results for the other areas.

According to EO 18, the surveillance will include tracking down influenza-like illnesses (ILI) -- an acute respiratory infection with a fever of more than 38 degrees Celsius and cough with onset within the last 10 days -- and referring them for swabbing.

The surveillance will be facility-based, community-based, and establishment-based.

“In a time when another opportunity comes when we are going to have another surge, it will not be difficult for us to track down and control. The most effective strategy when you’re going to map out all remaining cases is to do surveillance,” he said.

He added that the majority or 70 to 80 percent of cases are asymptomatic.

“That means there are asymptomatic carriers that are roaming around. There are people somewhere who do not have symptoms while some have a simple cough, colds who refuse to have themselves checked, and later on, we know that they are carriers. These are the persons that we are trying to catch,” Lopez said.

The official urged Dabawenyos to cooperate and not doubt to participate if there are surveillance activities in their area.

“Dapat dili sila mobalibad. Dapat mo-kooperar tang tanan because ang atoang ginabuhat (They should not refuse and instead they should cooperate. What we are doing) ultimately is to zero Covid-19 cases in Davao City,” he said.

Lopez admitted in a previous radio interview that a significant number of Dabawenyos in Bankerohan Public Market and Magallanes refused to be swabbed because they either do not believe in Covid-19 or they are afraid the swab test would hurt.

CHO started testing market vendors in Agdao Public Market last week, when nine vendors tested positive. All nine of them were asymptomatic during the time of testing and have already been put under quarantine.

Aside from the heightened community swabbing, the city also expanded the mandatory swab testing of all close contacts, including the second and third generation contacts of confirmed Covid-19 patients.