Probe on torching of heavy equipment in NegOcc given to E.B. Magalona police 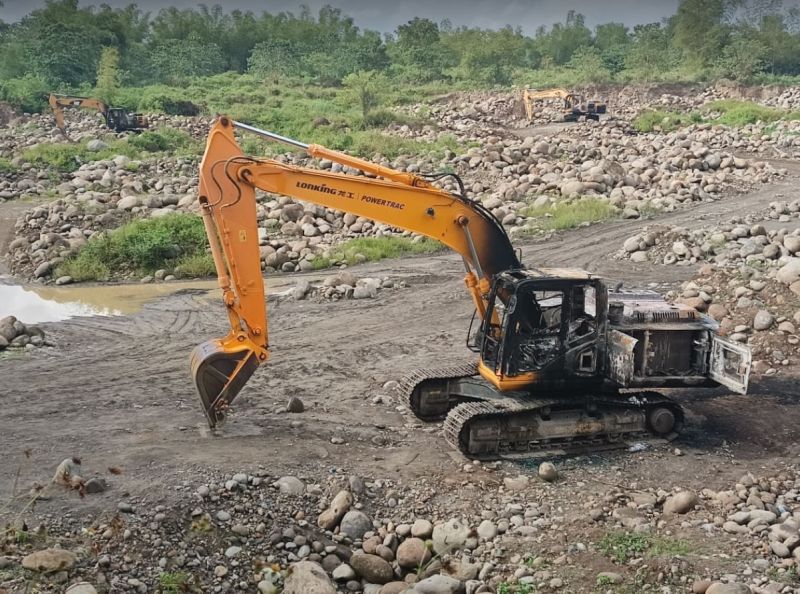 The ongoing investigation over the torching of three backhoes on Tuesday has been handed over to the E.B. Magalona town police.

Petate explained that initially they were the ones who responded to the area first after receiving the report that the New People's Army (NPA) attacked the area as they thought the area was still part of Barangay E. Lopez, and they are nearest units available.

He further added they were accompanied by members of the 1st Negros Occidental Provincial Mobile Force Company, and when they arrived the backhoes were already completely gutted.

Petate also said they have strong evidence that the NPA were involved in the arson, as there were clearly an indication of their presence at the time such as the recovery of placards, and an NPA flag.

However, he added it will be up to the E.B. Magalona police to confirm if it was the NPA who really made the attack, or other criminal elements.

Earlier on Tuesday, Randy Bylon, a local resident in the area called police at around 5:00 a.m. when he saw three backhoes on fire at Hacienda Vista Alegre.

Villan also reported to the police that the insurgents placed an NPA checkpoint on the road connecting to the hacienda. (TDE)