Palma, 9 other clergymen get vaccinated 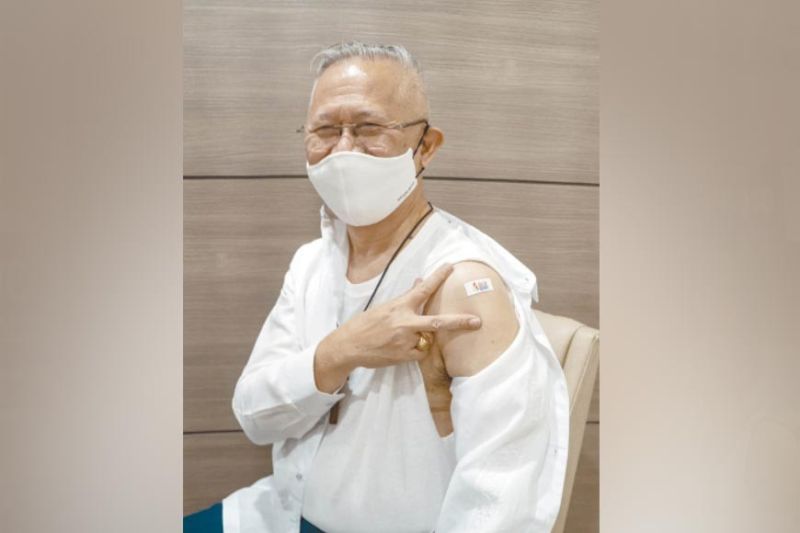 CEBU Archbishop Jose Palma and nine other elderly clergymen were able to receive their first shot of the Sinovac vaccine on Tuesday, April 13, 2021.

Palma, 71, received his vaccine through the Project Balik Buhay (PBB) program initiated by the private sector in support of the national Covid-19 vaccination program in Cebu.

Dr. Mary Jean Loreche, the Department of Health (DOH) 7 spokesperson, said Palma and the others were able to receive the vaccines from hospitals that had excess stocks.

“If a facility has excess vaccines that the healthcare workers won’t take, then the next in line are senior citizens,” Loreche added.

Loreche, however, failed to identify the other elderly priests who received the vaccine with Palma.

She also admitted that although Palma and the other elderly priests were already inoculated, there are still no other facilities that can vaccinate other senior citizens.

Loreche said they can’t initiate inoculations for senior citizens, who are considered next in priority, as they still have insufficient stock of the Covid-19 vaccines.

The breakdown is as follows:

Meanwhile, the DOH 7 said investigation is ongoing on the death of Sydney Rose Panimdim, a worker in a public hospital in Cebu City, who died allegedly after getting vaccinated.

Loreche said they are currently checking Panimdim’s medical records to determine if the symptoms she experienced just before she died were adverse effects caused by her recent vaccination.

She added that they could not rely on the claims of Panimdim’s family on her reaction after getting vaccinated, so they need to review her medical records before coming up with a conclusion.

Loreche said she has yet to confirm if Panimdim was vaccinated with the AstraZeneca vaccine or with the Sinovac vaccine.

However, based on their records, only Sinovac was provided to the hospital where Panimdim worked.

Loreche clarified that persons with comorbidities are okay for vaccination provided that they are in good medical condition at the time they were vaccinated.

In addition, Loreche said, there are no prohibited activities after getting the vaccine since getting vaccinated cannot affect a person’s regular activities.

She said the important thing after vaccination is the 30 minutes to one-hour post-vaccination monitoring.

In a separate interview, Nelson Cabanes, Barangay Tanke, Talisay chief, told SunStar Cebu that they did not place the residence of Panimdim under lockdown since she was not positive for Covid-19 according to previous claims.

He said the body of Panimdim was immediately buried.

Cabanes said Panimdim’s family said Panimdim received the first dose of the vaccine last March and she experienced some adverse effects but recovered days after.

On April 10, Panimdim still reported to work but requested to go on undertime because she was feeling ill.

When she got home, she experienced asthma episodes which included shortness of breath.

Cabanes said Panimdim was rushed to the hospital but eventually died.

Cabanes told SunStar Cebu that they will still meet with the council on the assistance that they could give to the family, although the family has not requested any assistance.

Based on a report by Balitang Bisdak, the family of Panimdim said they will not file a complaint on the death of Panimdim.

Zenaida Panimdim, the mother of Sydney Rose, told Balitang Bisdak that they want her daughter to rest in peace. Sydney Rose’s live-in partner also made the same decision.

Zenaida said there is a possibility that Sydney did not inform the doctor that she was asthmatic and eventually recovered after giving birth to her second child.

On the other hand, SunStar Cebu received a report that an official from a private hospital died after getting vaccinated with the first dose of AstraZeneca.

According to Loreche, they are still waiting for the report from the facility where the official was vaccinated to be submitted to the Regional Vaccination Operations Center.

She said they have to receive the report from the facility; otherwise, they cannot proceed with the investigation.

In her daily briefing at the Regional Vaccination Operations Center, Loreche assured the public that they conduct a pre-screening before the vaccination.

She added that the pre-screening is important so that those with pre-existing health conditions will be checked more correctly and diligently.

Loreche said there are three things that they will have to consider in their investigation.

Second, Loreche said if an adverse event is critical or can lead to death, medical records are very important to check the medical history and they need to check the “during vaccination” and post-vaccination record to determine the adverse events during that period.

Lastly, Loreche said to determine the real cause of death of the person they have to conduct an autopsy.

“I want to caution the public and our partners to not worry about being vaccinated since the vaccine is important in our fight against Covid-19. We assure the public that the vaccines are safe and effective,” said Loreche.

On Sunday, April 11, another batch of Sinovac vaccines worth 500,000 doses arrived in the Philippines.

Loreche said they have yet to receive a notice on the schedule of the next batch of vaccines allocated for Central Visayas.

As of April 12, DOH 7 has vaccinated for the first dose 73,261 individuals out of 131,781 eligible registered population belonging to the A1 priority group or the medical frontliners.