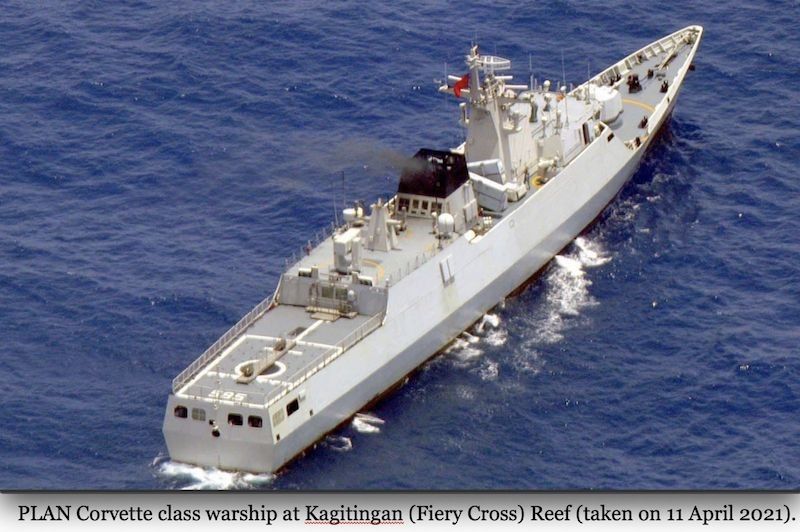 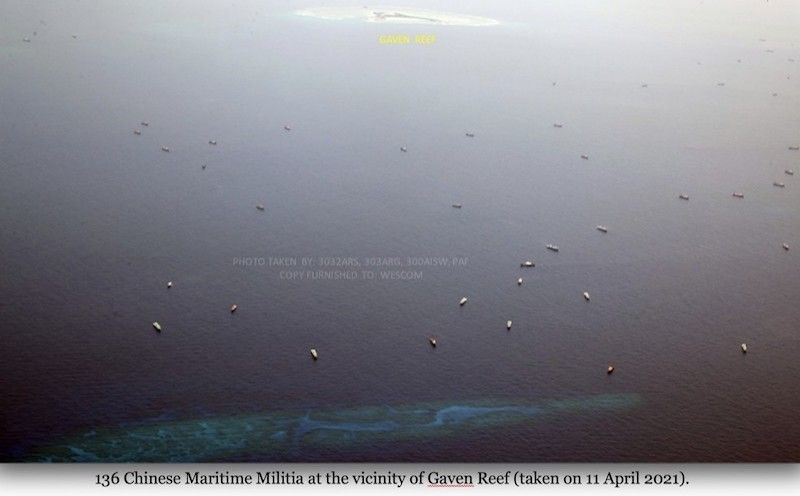 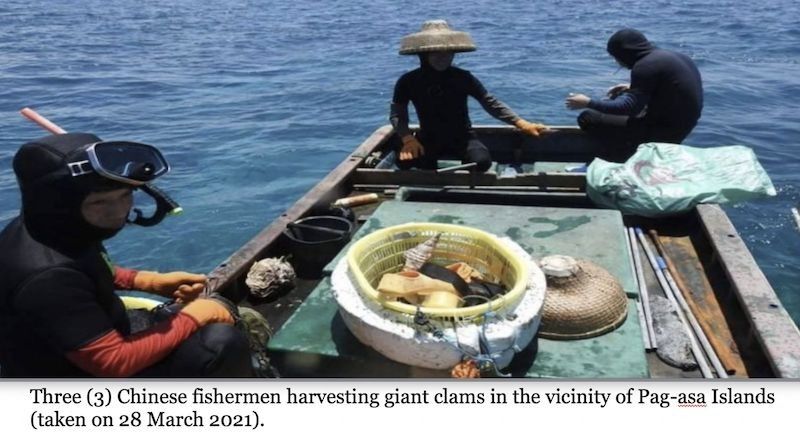 THE National Task Force for the West Philippine Sea (NTF-WPS) on Tuesday, April 13, denounced the continued swarming of Chinese Coast Guard (CCG) and Maritime Militia vessels, which Chinese authorities have claimed to be ordinary fishing vessels, in the WPS.

The latest round of sovereignty patrols conducted by the Philippines on April 11 showed an estimated 240 Chinese vessels lingering in the WPS.

The AFP Western Command reported the presence of Chinese Maritime Militia (CMM) vessels in the territorial waters of Kalayaan, Palawan and within the Philippines’ exclusive economic zone (EEZ), as follows:

Two CCG vessels were also seen in the territorial sea of the Pag-asa Islands.

“All these warships of the PLAN contribute to the militarization of the area,” the NTF-WPS said.

The vessels, now dispersed at the Pagkakaisa (Union) Banks and Pag-asa Islands, are about 60 meters in length.

A conservative estimate is that each can catch one ton of fish, or 240,000 kilos, which are illegally taken from Philippine waters every single day that the massed Chinese fishing vessels remain in the WPS.

A previous patrol by the Philippine Coast Guard showed Chinese poachers collecting giant clams in the vicinity of the Pag-asa Islands.

The poachers quickly departed when approached by the Philippine Coast Guard.

“This act is a blatant violation of Philippine fisheries and wildlife laws, and the Convention on International Trade of Endangered Species of Wild Fauna and Flora (CITES),” the task force added.

The NTF-WPS also expressed alarm over reports that a civilian vessel carrying a local news crew conducting interviews of Filipino fishermen was followed and shadowed by a CCG vessel and an armed Houbei class missile warship as it travelled from the vicinity of Ayungin (Second Thomas) Shoal to the coast of Palawan.

The incident is now under investigation, it added.

“The combined presence of PLAN warships, CCG and CMM in the Municipality of Kalayaan and the Philippine EEZ is prejudicial to the peace and security of the region,” the NTF-WPS said.

“The continuous swarming of Chinese vessels poses a threat to the safety of navigation, safety of life at sea, and impedes the exclusive right of Filipinos to benefit from the marine wealth in the EEZ,” it added.

It said China should take the Philippine representations seriously and respect Philippine sovereignty, rights and interests in consonance with the further strengthening of Philippine-China bilateral relations. (PR)