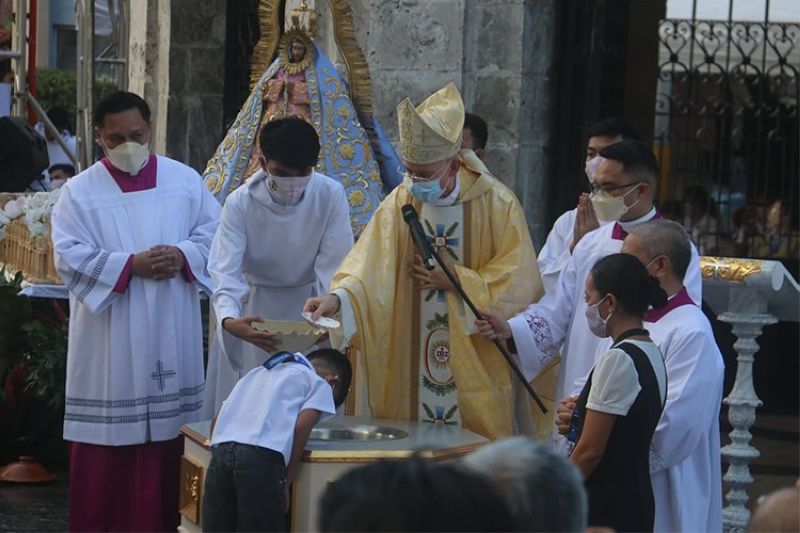 CEBU celebrated the 500th anniversary of the First Catholic baptism in the country by doing the same sacrament of baptism on Wednesday, April 14, 2021, at the grounds of Plaza Sugbo in Cebu City.

"We will give rebirth, in the spirit, to these seven wonderful children by means of baptism. We will give them the light of Christ," Brown said.

In his homily, Brown said that as the Cebuano Catholics reflect on what happened in Cebu five centuries ago, they are "confronted with a paradox" -- that Christianity is a faith that began in Asia and then spread throughout the world into large parts of Asia, North Africa, and Europe.

"So, we have this paradox of the arrival of Christian faith in the Philippines -- that the faith, which itself, was born in Asia, was then brought here first by means of European explorers and colonizers who were accompanied by missionaries and that was a great gift -- the gift of Catholic faith," he said.

Brown, however, noted that what is "beautiful about Philippine Catholicism" and what it celebrates this time "with hearts filled with joy" is the fact that in five centuries, the Catholic faith has entered deeply into the Filipino culture and has produced a “distinctively Filipino expression of the unchanging and universal truth of Catholic faith.”

"The tender love of the Sto. Niño is the symbol of the arrival of Christianity in your archipelago," he said.

Palma, who also concelebrated the Mass along with Cebu Auxiliary Bishop Midyphil Billones, also expressed gratitude to the faithful for bearing witness to this historical event in the Catholic Church and in the Archdiocese of Cebu, in particular. (WBS)