GAB chair Baham Mitra on VisMin Cup: ‘Shape up or ship out!’ 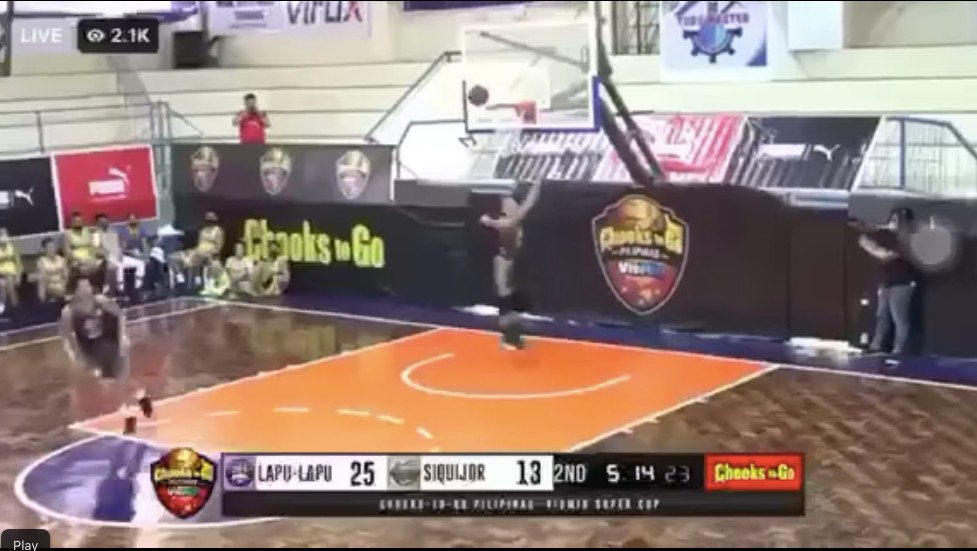 A player from Siquijor misses a wide-open layup during their match against ARQ-Lapu Lapu City on Wednesday afternoon. / Screengrab from VisMin Super Cup

Games and Amusement Board (GAB) chairman Baham Mitra is now awaiting the report of their sports regulators who were there on the ground to witness the controversial game between the ARQ Builders-Lapu Lapu City Heroes and the Siquijor Mystics in the Pilipinas VisMin Super Cup.

In a statement, Mitra reminded all players and coaches of the neophyte professional league that the professional licenses that they currently have is privilege and not a right and can be revoked at any time.

“We would like to remind our players that a license to practice profession is not a right, but a concession and a privilege granted by the government,” said Mitra. “Now, if they fail to abide by the rules, the government has the right to step in to impose necessary sanctions or revoke such a privilege.”

The game between ARQ and Siquijor, which was played at 2 p.m. at the Alcantara Civic Center, was a highly unusual one that saw both teams flub wide-open layups and miss most of their free-throws. The two teams combined to make just 4 of their 29 attempts from the charity stripe in the first half before the game was officially called off because of a power interruption.

Mitra added that once they receive the report, it would be presented to the board and a decision will be made during their meeting on Thursday.

Mitra also handed a stern warning to everyone in the league, saying, “Officials, coaches and players should act as professionals or lose their licenses. Shape up or ship out!” (JNP)