Shaq finally shines in the pros 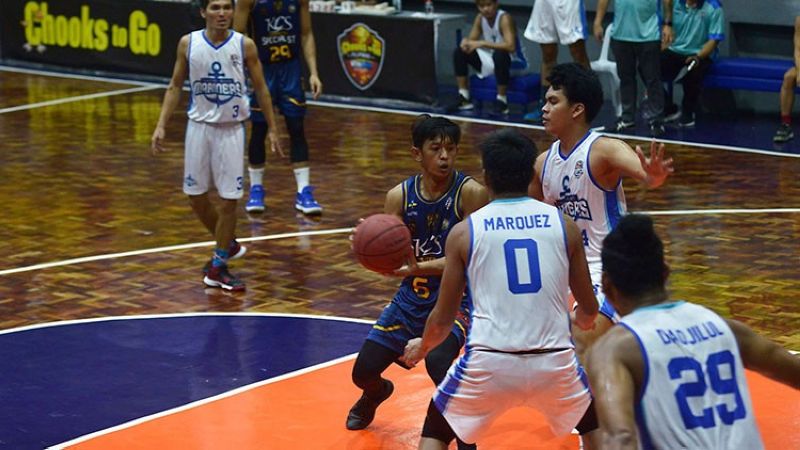 Shaquille Imperial finally had his best game as a pro against the Bohol Mariners. (Chooks to Go photo)

ALCANTARA—After struggling in his first few games, former CESAFI MVP Shaquille Imperial finally got going as he had his best game as a pro in the KCS Computer Specialist—Mandaue City’s 97-71 victory over the Bohol Mariners on Wednesday night at the Alcantara Civic Center.

Imperial, who previously starred for Southwestern University-Phinma in college, was pivotal for KCS as he helped spark their breakaway from the resilient Mariners squad by scoring 12 of his 17 points in the final period. He also had four rebounds, six assists, two steals and a block.

In a talk, Imperial said that he had been biding his time and waiting for an opportunity to showcase his game. He finally got his chance when KCS head coach Mike Reyes gave him more playing time against Bohol.

“Since the games started, I was really bent on showing my best game but had little playing time. But in the last game, when coach Mike trusted me with more playing time, I was able to dig into my inner self to show what I have. I had the confidence to make those shots and played well with my teammates,” shared the pride of Lapu-Lapu City.

Imperial admitted that the transition from college to the pros has been challenging. However, he’s more than willing to put in the work to make the most out of this opportunity.

“”It’s a bit different now when you get to play in the pro league. But i just reminded myself that I have to start from somewhere in order to be able to play in the big leagues in the future,” said the 6-foot guard.

He added that being able to work with veteran players like Gryann Mendoza, Ping Exciminiano and Al Francis Tamsi has helped him get better and become more confident.

“Initially, I was a bit apprehensive but then when I was able to work with some pros, I realized that I can be at par with them as long as I have the confidence to make shots and of course, the trust of my coach.” (JNP)