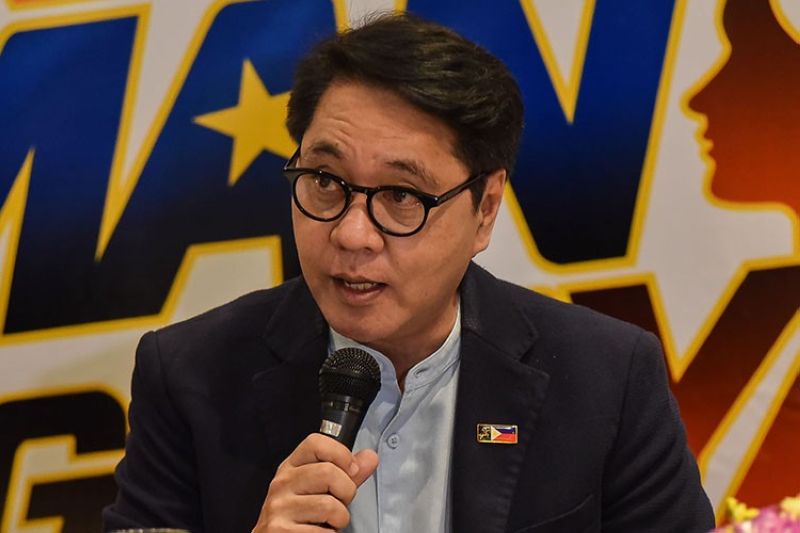 Chooks-to-Go president Ronald Mascariñas has threatened to pull his support from the VisMin Cup if the erring parties are not given immediate sanctions. (Chooks-to-Go photo)

Chooks-to-Go president Ronald Mascariñas has demanded league organizers to disclose the complete details of their investigation into the controversial match involving the ARQ Builders Lapu-Lapu City Heroes and the Siquijor Heroes and issue sanctions on erring parties, or else, he would pull his company’s support from the fledgling league.

Mascariñas expressed his disappointment about the game through a letter that was sent to the league’s COO Rocky Chan. In the letter, Mascariñas said the game was a humiliation to the integrity of the league.

"As Title Sponsor of the Inaugural Conference of the Pilipinas VisMin Super Cup, Bounty Agro Ventures Inc. (BAVI) and its flagship brand Chooks-to-Go gave the Pilipinas VisMin Super Cup our full support because of our shared advocacy for Philippine basketball. However, we have witnessed with deeply disturbing concern how the quality and integrity of the games in the league have plunged steeply in just a week’s run," read Mascariñas' letter.

"We just saw the obvious lack of passion and determination to play their best and win among the players in the match today between professional teams from Siquijor and Lapu-Lapu City. The level of performance on both sides was deplorable beyond belief and, unless explained otherwise, amounts to a willful lack of professionalism. And this is only, to say the least," the sports patron continued.

"As a result, unflattering speculations are now circulating among viewers about the motives for such wanton neglect of all known rules and standards on professional basketball games the public has come to expect, and demand. To be blunt, suspicions of game-fixing, illegal activities, and a deliberate effort to defraud the league’s fans, patrons and supporters are now gaining currency. Unless strong action is taken, the damage the aforementioned match is causing to the image of Philippine basketball would be incalculable. To the league, it may be fatal."

The contest between Lapu-Lapu City and Siquijor was halted at halftime due to “technical issues” with the former leading 27-13. However, technical issues were not the only problems the game had as it saw numerous misses from point-blank range, bricked free-throws, careless turnovers and overall lackadaisical play.

Both squads also attempted and missed an unusual number of free throws as Siquijor missed all 10 of their free-throw attempts while allowing Lapu-Lapu to attempt 19 in 20 minutes of action.

As title sponsor to the league, Mascariñas, who also owns a professional sports league of his own in Chooks-to-Go Pilipinas 3x3, demands full disclosure on the investigation and swift sanctions against all who have been deemed to be culprits in the incident.

"We have supported and lent our name to the league because we sincerely believed in your noble objective to provide a livelihood to deserving and promising basketball players amid the pandemic. We believed that the players have been blessed with a new and, currently, the only active league. We also believed that this will help rally and boost the nation’s morale in these difficult times," he said.

"In view of the foregoing, we demand that a full and detailed disclosure be made to our company and the public by the league and the teams involved in the conduct and results of their joint investigation with the Games and Amusement Board (GAB) on the aforementioned incident," he added.

"We also demand that the League swiftly impose sanctions against all erring parties, as may be warranted by the rules and the evidence."

If the league fails to do so, Mascariñas and Chooks-to-Go will not hesitate in pulling the plug on its support for the upstart league.

"Through this letter, we are serving notice in good faith that our company willfully and forthwith disengage from our partnership with the league if the abovementioned demands are not met," Mascariñas said.

"We believe that our demands are necessary, reasonable, fair, and just, not only to protect our company’s reputation but also the integrity of the league, the interest of our professional players, the loyalty of our avid fans, and the respect and love of the entire nation for Philippine basketball as a whole.

"We trust in your full understanding and immediate action." (JNP)