Bzzzzz: 'Sex scandal' in City Council -- of Cagayan de Oro. Mike Rama will get jab at UC, Labella at Galeria. Addy Sitoy 'tigmo' not about his boss. 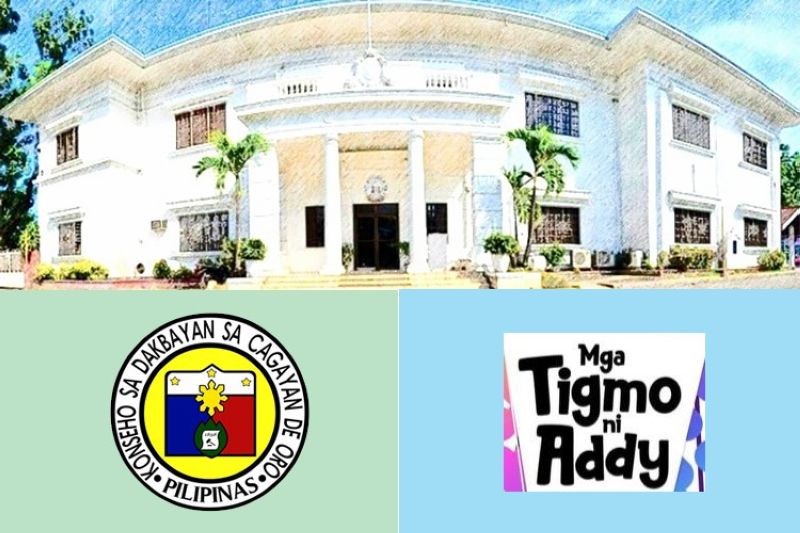 It's a feature, called "Mga Tigmo ni Addy," Tuesdays and Thursdays on his Facebook wall, which offers a P100 load for the correct answer. Secretary Adelino Sitoy, the former Cordova mayor and Cebu Provincial Board member, heads the Presidential Legislative Liaison Office.

No, his riddles didn't include one about the president's whereabouts last week. Yes, the homegrown Cebuano "tigmo" is famous for its line, "Tigmo tigmo agukoy/ Ugma ra kita mag-asoy."

A sex scandal of sort has led to an investigation of a member of the Cagayan de Oro City Council by his peers. What did he do, allegedly?

CDO-based journalist Froilan Gallardo, who worked for some time in Cebu City as Cebu Daily News reporter, told Bzzzzz Thursday, April 15, the city councilor was accused of sending an unwanted pickup message to a college student two years or so ago. The message, Froi said, he'd like to "hook up" with her.

The woman didn't formally file a complaint but the gossip spread in CDO's broadcast programs (its two local papers are still down). The councilor -- the youth representative -- thought he was the lawmaker alluded to as he was the youngest in the Sanggunian and the culprit was a young man. In a privileged speech, the councilor demanded an investigation and got it. The ethics committee or a committee of the whole was to look into it.

Maybe because he asked for it that the City Council in that city bothered to look into the incident, which involved unmarried people -- and an invitation to "hook up." The word is ambiguous, "a way for students to communicate about sex without having to reveal details." It usually describes "a sexual encounter between two people who are not in a dating relationship and do not expect anything further."

NOT IN CEBU. Could it set off the same reaction in Cebu City if it happened here? Most likely no. More serious charges involving public interest, as compared to things that are just interesting, were hurled in Cebu City publicly and openly and nothing happened.

A city councilor accused an unelected and un-appointed person of being a "witch" for cornering contracts at City Hall, suggesting corruption. A former undersecretary and advocate against drugs and corruption accused a group of persons of stealing City Hall blind and called it the "Cebu City Kurakot Gang."

Both were raised publicly and repeatedly. Yet no remark or statement, let alone a whole privileged speech, about either one was ever mentioned in the "august halls' of the local Sanggunian.

A councilor wooing a colegiala? Not a scandal in Cebu.

Froi Gallardo said two other sex-related "tsismis" items, one involving a married woman barangay captain photographed while getting out of a hotel room.

WHERE THEY'LL GET JABS. Now it's being publicly told. Vice Mayor Mike Rama announced Thursday, April 15, during the Sanggunian session he'd submit to vaccination at the University of Cebu gym while Mayor Edgardo Labella would've his at Robinson's Galeria.

Mike's vaccine -- not necessarily of choice because it's probably the only brand available -- is Sinovac, donated to Cebu City by the national government which got it as donation from China.

VM Rama, head of Vaccine Convenors, beams proudly at the vaccination sites in the city, saying "We are better!" The city, he says, has "the money, the resources and the people." The vaccines, when they finally come, would complete Mike's bliss and pride.

Harry Roque, the president's spokesman -- questioned by reporters about the complaint of a Philippine General Hospital doctor Thursday, April 15, why he was accommodated ahead of many other people queuing for a room -- said: "That's an un-Christian question. Anyone who needs medical attention will be given assistance under the Duterte administration."

"Tens, hundreds of people were waiting in line." That belies the claim about medical attention. "Somebody else who was in worse condition than Roque would've benefited" had he not jumped the line. That tosses back the un-Christian charge.