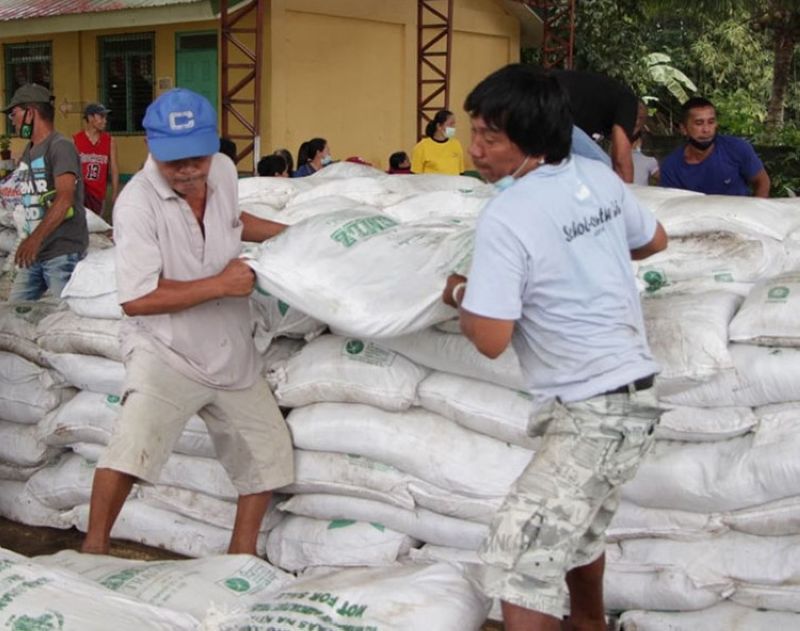 ZAMBOANGA. The Department of Agriculture, through the Special Area for Agricultural Development, gives some P1.5 million of livelihood project to a farmer association in Zamboanga del Norte. A photo handout shows the recipient farmers distribute the farm inputs given them to the members of the association. (SunStar Zamboanga)

AN ASSOCIATION of farmers in Zamboanga del Norte received some P1.5 million worth of integrated livelihood project of the Department of Agriculture-Special Area for Agricultural Development (DA-SAAD).

"It is our first time to receive projects like these, and we are grateful to DA-SAAD and the city government of Dapitan, who have included us in their budget this year," said Prelogio Quiñanola, San Nicolas Farmers Association president.

Quiñanola said the distribution of the farm inputs is very timely because almost all of the members of the association have done the land preparation and are ready to plant.

The Dapitan City Government has provided the association farm tractor plowing services as the counterpart to the project.

"We hope you manage this project well so that you will be able to produce more, not just for your consumption, but also for your members to earn additional income," said Clark Carreon, San Nicolas barangay chairperson.