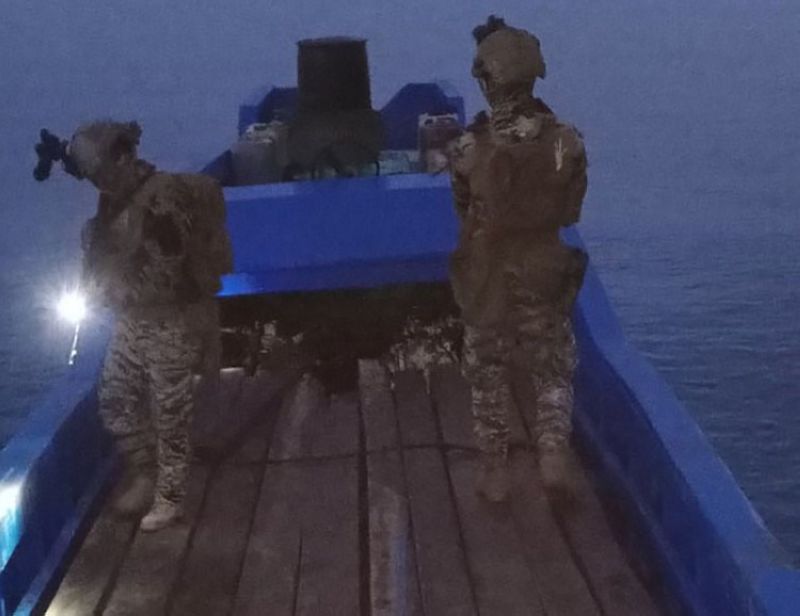 OPERATIVES of the Philippine Navy have intercepted a shipment of illegally-cut forest products off Zamboanga City, an official said Friday, April 16.

Adaci said the troops of the Naval Task Force 61, Navy Seals and intelligence operatives were conducting maritime patrol when they spotted a motorboat, M/B Sarhana, steaming to the shore of Recodo village.

M/B Sarhana, which is manned by a four-man crew, was found to be loaded with undocumented illegally-cut forest products when the troops conducted Visit Board Search and Seizure (VBSS) operations.

M/B Sarhana was then escorted to Naval Station Romulo Espaldon, which houses the NFWM headquarters in Zamboanga City, for proper documentation, inspection, inventory, and subsequent turnover to Department of Environment and Natural Resources (DENR) and Regional Maritime Unit (RMU)-Zamboanga Peninsula of the Philippine National Police (PNP).

Adaci said M/B Sarhana was found to be carrying 2,565.31 board feet of Yakal wood with an estimated value of P303,918.60, based in a joint inspection and inventory conducted Thursday afternoon, April 15, by the personnel from the DENR, RMU-Zamboanga Peninsula and NFWM.

He said the Yakal wood is allegedly by a certain Nanong Balamo, who was not aboard the motorboat during the apprehension.