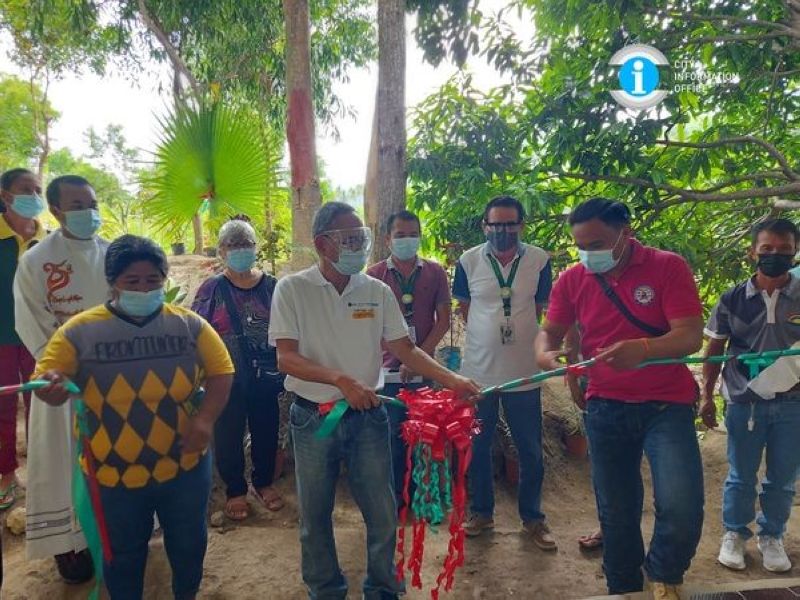 The new HC has an office, delivery room, immunization and consultation room, family planning and counseling room, recovery and pre-natal room and kitchen.

The land where the said HC was built was donated by Teofila Dela Cruz, a resident of Barangay Nataban.

The said project was funded by the local government at P2.21 million, including electrical lines under the supervision of Engr. Rodney Flores of the City Engineering Office.

Joy Dela Cruz, midwife III, thanked city officials, the City Health Office through Dr. Arnel Laurence Portuguez, Barangay Nataban officials and the Engineering Department for their efforts in the process of constructing the said building, saying that after 21 years, they now have a health center of their own.

She added that the building was based on the standard health center requirement of the Department of Health (DOH) with the same design and floor plan.

A total of 19 government workers will be operating in HC including one midwife, 16 active barangay health workers (BHW), one volunteer and one barangay nutrition scholar who will cater to the health needs of Sitio Abaca, Balasiang, Gabon, Lag-it, Maanlud, Madalag, Paing, Tagda and Sitio Villarante.

The HC will start catering to birth deliveries and other medical services once it will be completed with equipment and access to electricity and water.

The blessing was led by Reverend Father Juluis Tormis followed by the ribbon-cutting ceremony that was led by Kagawad Mark Anthony Ramas, Dr. Arniel Laurence Portuguez and Joy Dela Cruz.