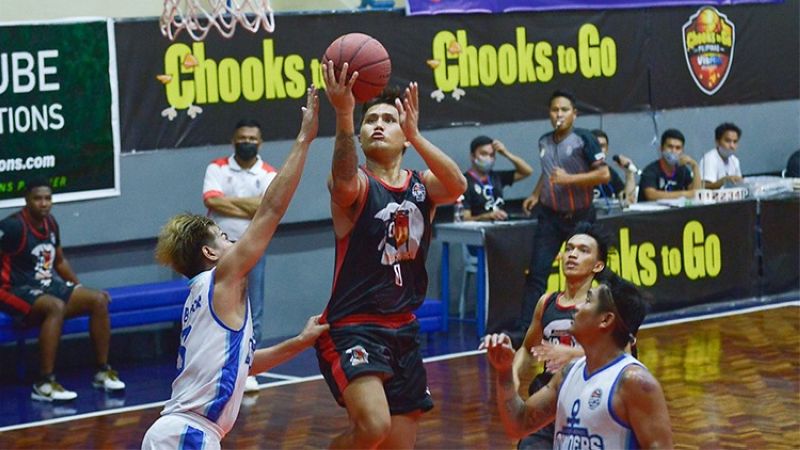 CEBU. James Regalado made four threes in the fourth to help Dumaguete get its first win in the VisMin Cup. (Chooks-to-Go) 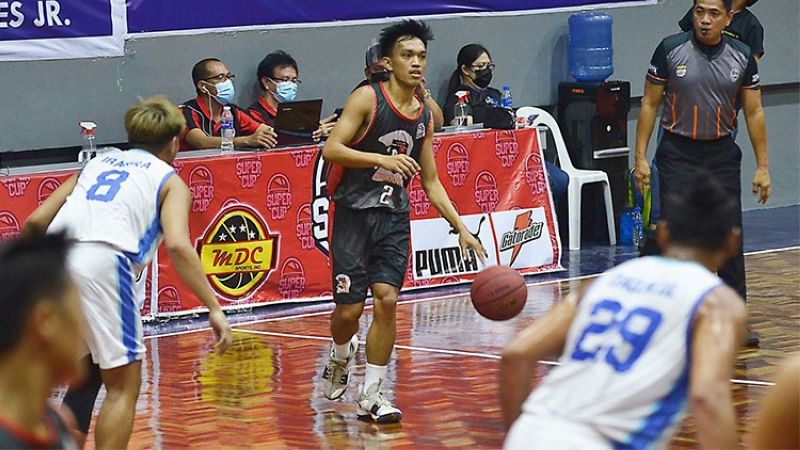 ALCANTARA -- The Dumaguete Warriors leaned on the scorching hot shooting of guards James Regalado and Jaybie Mantilla in the fourth period to pull away and sink the Tubigon Bohol Mariners, 88-73, in the 2021 Chooks-to-Go Pilipinas VisMin Super Cup on Friday night, April 16, at the Alcantara Civic Center in the town of Alcantara, in the southwest portion of Cebu.

Up by just seven, 62-55, at the start of the fourth, Regalado kicked things off with a triple to bring their lead to double figures. Minutes later, Mantilla scored on a floater and two straight midrange jumpers while Regalado sank two more triples to give Dumaguete a 79-62 lead with 6:21 to go in the ballgame.

Another three-pointer by Regalado—his fourth of the game—gave Dumaguete their largest lead of the match at 19, 82-63.

Jerick Nacpil scored a tournament-high 27 points to lead the way for the Warriors, which improved to 1-2 (win-loss) for the season. He added six rebounds, two assists, a steal and two blocks.

Mantilla and Regalado -- both products of the University of San Jose-Recoletos -- had 21 and 18 points, respectively. Mantilla, a former CESAFI MVP, laced his statline with six boards, three dimes and two steals while Regalado had four rebounds and five assists.

“Sobrang saya (to get our first win). Gusto talaga namin manalo as a team kahit na underdog kami, we will never give up,” said Regalado.

Versatile wingman Joseph Marquez and big man Abubakar Dadjijul scored 23 points apiece for Bohol but it was not enough to keep the Mariners from suffering their fourth loss in a row.

Wade Cabizares contributed 12 while Pari Llagas battled foul trouble all game long and finished with just 10 points and six rebounds. Interestingly, Bohol got all of its points from just five players.