Cebu guv to abolish fine for not wearing face mask 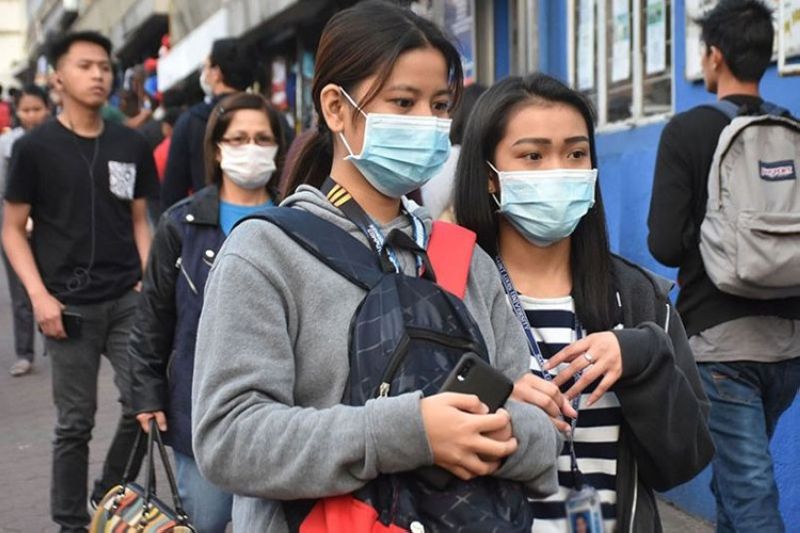 CEBU Governor Gwendolyn Garcia has cautioned the new provincial police chief against maltreating those who are caught not wearing face masks in public areas as she planned to scrap the fine and other penalties that are imposed on violators.

Garcia said she will issue a memorandum directing the mayors to let off violators with just a warning and a reminder to adhere to the minimum public health standards.

“They can be reminded to wear a mask, admonished to wear a mask, but never should they be mistreated,” Garcia told Police Colonel Engelbert Soriano, officer-in-charge of the Cebu Police Provincial Office, in a report by Sugbo News.


This new policy is consistent with Garcia’s aim to reopen the economy and help constituents cope with the economic devastation that the Covid-19 pandemic has caused.

She said she hoped that Soriano would give 100 percent support to her efforts to revive the economy, including the tourism industry.
“I am going to send a memorandum to all mayors. We will take away as well any monetary consideration as penalty for not wearing (a) mask,” she said.
“It’s bad. It’s hard for our people now to eke out a living, pabayaron pa na nimo (and then you ask them to pay). We are kinder to criminals than violators of this mask-wearing thing... Let’s deal with real criminals, not violators of some illogical imposition,” she added.

However, she said DOH can only recommend to the local government units (LGUs) measures to prevent the spread of Covid-19, but cannot tell officials how to implement these.
“The proper wearing of masks cannot be overemphasized. It is a very important component in our fight against the unseen enemy, which is the Sars-CoV-2,” she said in a text message to SunStar Cebu.


“We are one year into this pandemic and one of the pillars we trust to help us live with this virus is the strict adherence (to) the minimum public health standards, and properly wearing the mask is a major component,” she added.

On the other hand, Loreche said it might be time for Filipinos to relearn the value of discipline without fear of punishment, whether monetary or physical in nature.

Also on Friday, peer-reviewed medical journal The Lancet carried an article listing 10 scientific reasons supporting the hypothesis that Sars-CoV-2, the virus that causes Covid-19, is airborne.

“If an infectious virus is mainly airborne, an individual could potentially be infected when they inhale aerosols produced when an infected person exhales, speaks, shouts, sings, sneezes, or coughs,” the article, written by scientists from universities in the United States and United Kingdom, stated.

They said the airborne route is likely the dominant form of transmission and the public health community “should act accordingly and without further delay.”

“Reducing airborne transmission of virus requires measures to avoid inhalation of infectious aerosols, including ventilation, air filtration, reducing crowding and time spent indoors, use of masks whenever indoors, attention to mask quality and fit, and higher-grade protection for healthcare staff and frontline workers,” the article said.

Covid-19 transmission in Cebu Province has slowed down, as shown by the DOH 7 case bulletins. EDITOR'S PICKS
Cebu City to get more vaccines from April 22 shipment

Rama says flyovers not the solution to traffic in Cebu City

Assurance Soriano, for his part, assured the governor during his courtesy call on Wednesday, April 14, that no police officer will manhandle or mistreat violators of public health safety protocols.

He said he understood Garcia’s concern in light of the reported death of two curfew violators in Luzon. One was made to do strenuous exercises while the other was beaten up.
“Yes, I can understand the governor’s concern. I believe this is an offshoot of what happened somewhere in Luzon, when a curfew violator died. So I assure our good governor that this will not happen in Cebu,” he said in the same report.


Soriano served as provincial police director of Siquijor for six months and as officer-in-charge of the Cebu City Police Office for three months prior to his new assignment. (ANV/WBS/SunStar Philippines)
< Previous PageNext Page >