A heart for the people 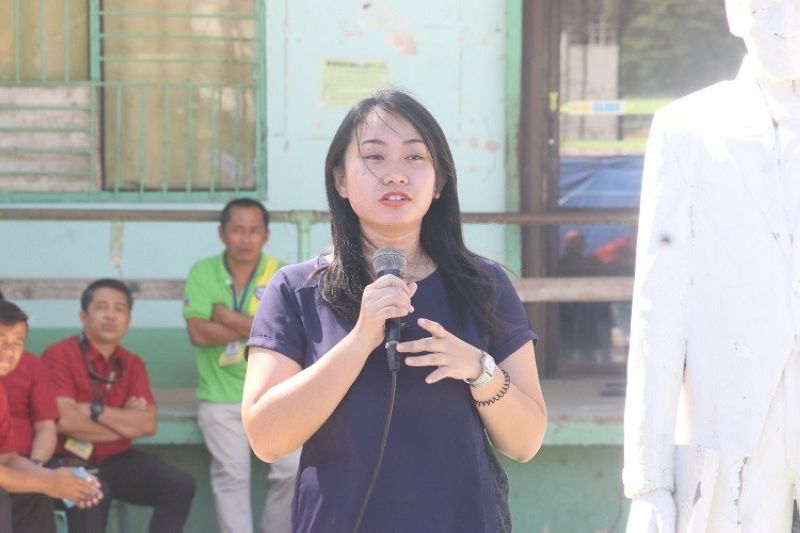 MORE than a year into the pandemic, medical frontliners had been carrying a great deal of burden. They are the ones who needed to wear uncomfortable personal protective equipment (PPE) while on duty and who needed to isolate themselves from their families while tending to sick strangers just to make sure their loved ones do not contract the virus.

At times like this, it takes more than passion for medical frontliners. It takes a heart for sacrifice, compassion, and selflessness. The case is especially true for rural doctors who found themselves handling multiple tasks in the community on top of their medical responsibilities. Dr. Janna Michelle Bron is among the doctors of the 37th batch of Doctors to the Barrios (DTTB) program of the Department of Health (DOH).

DTTB was first launched in 1993 to address the lack of doctors in the rural communities in the country. Bron, who is originally from Davao City, was assigned to Alabel, Sarangani Province. She was first deployed on January 28, 2020, just a few weeks before Covid-19 broke out locally.

In an interview with SunStar Davao, Bron shared how it had been her long-time dream to be a DTTB. So finding herself in Manila after passing the board exam, she decided to apply for the program. Normally, finalists will be assigned to their hometown region but since there were no available slots for Davao Region, Bron was assigned to Soccsksargen (Region 12).

“Nung nasa ospital ako on-duty as an intern, we usually ask the patients na may advanced condition bakit ngayon lang nagpa-ospital. Ang common na sagot is ‘Wala namang duktor sa amin’ (When I was on-duty in the hospital as an intern, we usually ask patients with advanced condition why they had to wait before going to the hospital, the common answer is they don’t have doctors in their community),” shared Bron. This lack of community doctors in the far-flung communities is one of the reasons that made her push to pursue applying for DTTB.

DTTB usually assigns doctors to 4th to 6th class municipalities. As for Bron, she was assigned in Alabel, Sarangani Province where the population is around 80,000. She works with the municipal health officer and a few well-trained nurses.

She said one of the challenges of being a rural physician is visiting the four barangays considered as Geographically Isolated and Disadvantages Area (GIDA). She said the long trip alone is difficult. But Bron shared that what made her assignment bearable is the fact that nurses have already been empowered to set up clinics in far areas where minor cases such as hypertension, diabetes, colds, and skin diseases can be addressed.

When the pandemic hit the Philippines, Bron was already in Sarangani Province. An additional doctor came in handy as they would need assistance with the supervision and management of the residents before the virus enters the community.

They activated an Incident Command System (ICS) made up of different agencies such as the AFP and PNP for peace and order, BFP, the health sector, and the transport sector. The ICS decides preventive measures and an efficient way of handling the disaster. Bron was then assigned to be the Operations Chief.

“Everyday we have a meeting to discuss if we met the objectives we set the day before and if we have problems encountered. In case may problems, hahanapan ng solution...Nakaka-overwhelm ang dami ng dapat i-consider pero good thing dito sa amin, there was never a day na nag-doubt ako sa kakayanan ng team namin – sa mga barangay health workers, nurses, midwives, policemen, LGU, and the admin staff,” said Bron.

She added they are the ones being consulted on logistics and transportation concerns especially on entry of individuals in the municipality.

“With the pandemic, walay straight na black and white na protocol. Kailangan mo talaga mag-weigh ng risks and benefits,” added Bron. Working as a rural physician, she realized how important her team’s decision is as it is not only for the good of one patient but the entire municipality.

“Kailangan mo i-weigh lahat ng desisyon. Hindi pwede duktor na de-kahon. Kailangan mo i-widen ang box o tanggalin ang box (You have to weigh all the decisions. You can’t be a doctor moving in one small box. You have to either widen the box or remove it entirely),” she added.

Now that she’s serving as a community physician in the middle of a pandemic, she cultivated a deeper appreciation for community doctors. She said, before having to pass on the burden to bigger hospitals in the city, they filter it first in their level and do what they can best to the patient. She added it’s the best that they can do to their colleagues in the big hospitals.