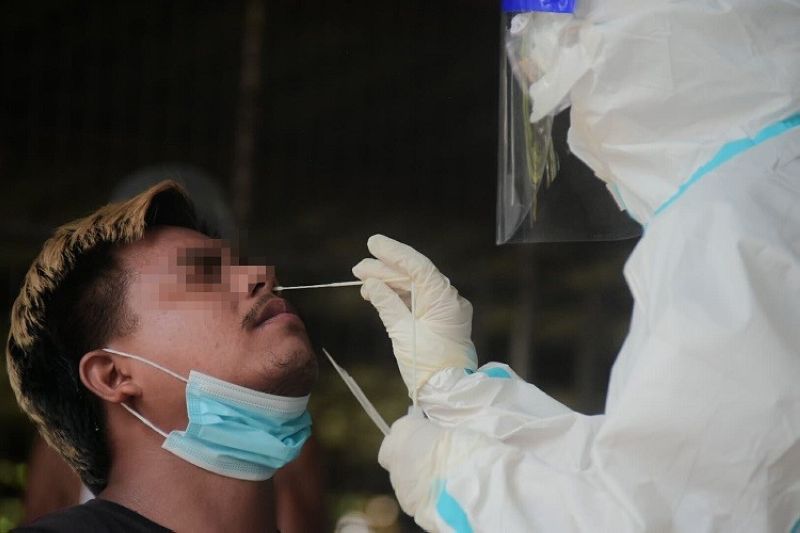 THE Davao City government expanded its series of community surveillance swabbing to include sidewalk vendors within the downtown area.

Those who were covered in the first batch were vendors on Sta. Ana Avenue, Monteverde Avenue, Magsaysay Street, Quezon Boulevard and within Magsaysay Park.

Bermejo also said the city will be scheduling another free swabbing for sidewalk vendors along People’s Park, San Pedro, Bolton, and Magallanes streets on Monday, April 19, at the People's Park.

He encouraged vendors to avail themselves of the free Covid-19 testing.

Meanwhile, he said the testing will be voluntary and assured them that getting the specimen will not take long.

This after some Muslim vendors expressed their hesitance to get tested as it might interfere with their observance of Ramadan.

He added that they will not be advised to undergo a 14-day home quarantine.

Those who will participate in the community swabbing will also receive food packs from the city government, he said.

In a separate interview, City Health Office (CHO) Acting Head Dr. Ashley Lopez said the community swabbing is in accordance with Executive Order No. 18, which orders for the "heightened surveillance and response" for the Covid-19 cases in the city.

According to the EO, part of the city’s strategies is to intensify the monitoring of its communities for those with influenza-like illness (ILI) symptoms.

The World Health Organization (WHO) defined ILI as an acute respiratory infection with the following: a measured fever of more than or equal to 38 degrees, cough, and with onset within the last 10 days.

Lopez said the city will be deploying teams who will be roaming within the targeted area to identify and convince its target individuals to avail of the free swab test.

The health official said they based their target surveillance swabbing on the risk assessment map.

"Makabalo mi (We can determine it), through those positive cases, kung asang area ang daghang kaso. (on what areas have a significant number of cases.) Naa pud mi ginabuhat nga risk assessment map so makabalo mi ana kung unsang areas ang daghang kaso karong adlawa, or ugma, o sa sunod pang mga [adlaw.] (We also have a risk assessment map so we can determine the areas with a wide transmission of Covid-19 cases.) We can anticipate the active cases we have here in Davao [City]," Lopez said.

He said they do not limit their targeted number of vendors to be swabbed on a specific schedule but that this would only depend on the availability of test kits considering they have a limited supply.