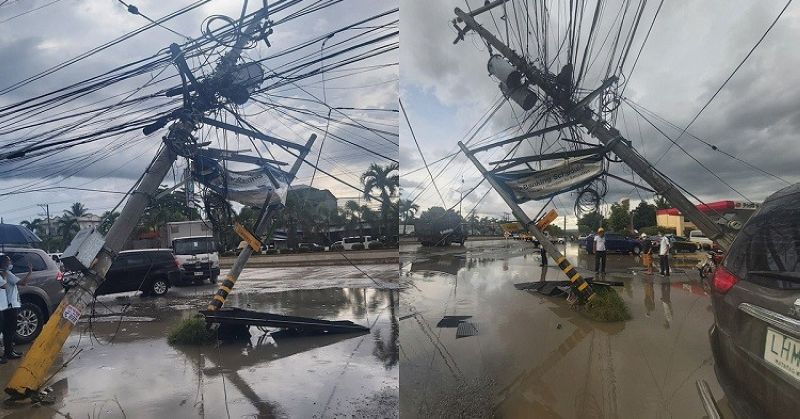 In a Facebook post, Northern Davao Electric Cooperative (Nordeco) Tagum City said the incident happened around 3 p.m. along the highway in front of Bibu Square Building corner Liwayway Village in Barangay Magugpo East in the city.

Nordeco said the dump truck hit the telephone, internet and cable wires, which dragged off its backbone line post.

Personnel from the power company immediately went to the area to fix the wirings.

(As members/consumers, we are asking for your understanding as the damage caused by the incident might take a while before powers will be restored.)

In an online message via Messenger, Nordeco said the power was restored on Thursday evening, 7:25 p.m.

Some areas in Maco, Davao de Oro were also affected by the incident.