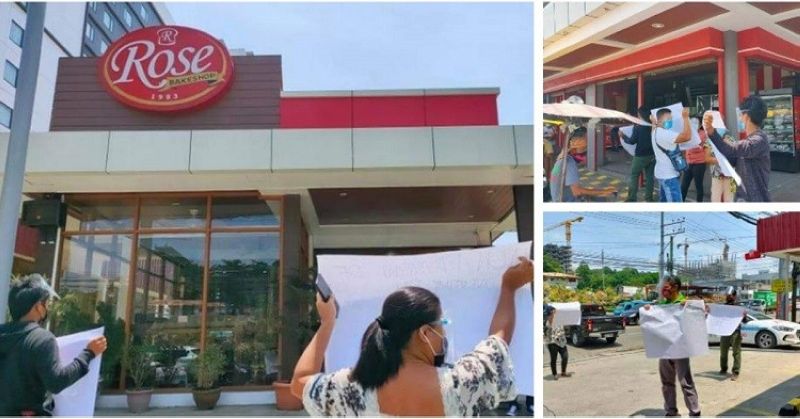 THE management of a prominent bakeshop whose former employees staged protests a week ago due to the company's alleged violations of general labor standards said it is committed in the “conduct of fair labor practice” and assured its worker’s “well being.”

In a statement forwarded to SunStar Davao and also posted on its official social media account, Rose Bakeshop said it is saddened by the recent protests that were conducted at some of its stores in Davao City on April 8, 2021.

"Its timing was unfortunate given the pandemic that we are facing," Rose Bakeshop said in a statement.

The bakeshop added that it "is committed to the conduct of fair labor practice as prescribed by law."

"People are the core of our business that is why we are focused on ensuring the wellbeing of our employees and in providing quality products to our valued customers," Rose Bakeshop said.

In a separate statement forwarded via email, the management said they are not allowed to discuss the legal details of the case.

Several workers of Rose Bakeshop have filed complaints to the Department of Labor and Employment (Dole) against their employer due to the company's alleged violations of general labor standards.

They also held a protest rally at several stores in Davao City on Thursday, April 8, 2021.

Associated Labor Unions (ALU) regional vice president Sofriano Mataro told SunStar Davao in a phone interview on April 9, that the company, as alleged by the striking employees, does not comply with the general labor standards.

Meanwhile, in a separate statement, the group claimed that Dole inspectors found the Rose Bakeshop stores with grave violations of employees' work safety and health standards in a series of site inspections in several of its branches in Davao.

"We call on you to be responsible business owners. Stop these abuses on your employees. Respect employees' desire to organize as a union and collectively bargain for wages and benefits. We also ask that you restore terminated workers to work," Mataro said.

SunStar Davao reached out to Dole for its side on the matter. However, Dole-Davao Regional Director Ofelia Domingo, through her staff, declined to release any statement on the issue as the agency is still in the process of consolidating its report.

"We cannot divulge any information yet and comment on the issue until the investigation and report is final," Dole said in a text message.