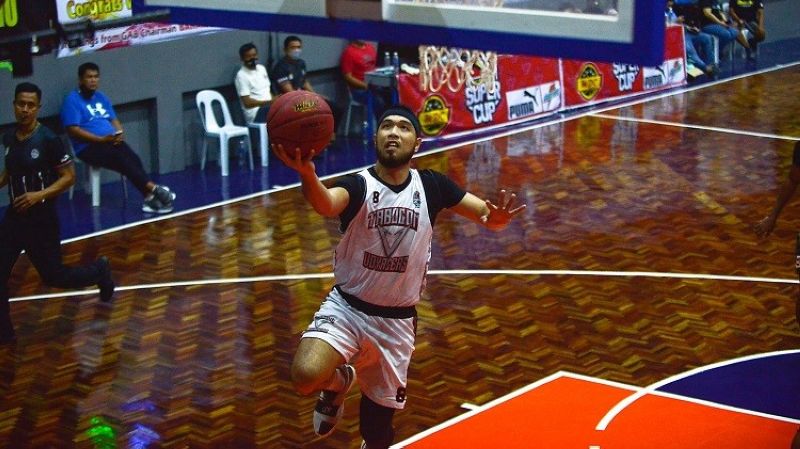 ALCANTARA. Joemari Lacastesantos of the Tabogon Voyagers scores a layup during their game against Dumaguete in the Chooks-to-Go Pilipinas VisMin Super Cup on Saturday night. (Chooks-to-Go photo)

ALCANTARA — The Tabogon Voyagers overcame a slow start with a blistering second half performance that proved enough to defeat the Dumaguete Warriors, 86-78, in the 2021 Chooks-to-Go Pilipinas VisMin Super Cup on Saturday night at the Alcantara Civic Center in the municipality of Alcantara.

The Voyagers trailed by 12 early but turned things around in the second half to eventually claim the win to even their record up at 2-2. Dumaguete, which just won their first game of the season on Friday, got pulled back down to earth and dropped to 1-4.

Joemari Lacastesantos had a huge game with 18 points, six rebounds and nine assists. He also made a long two that beat the shot clock buzzer that gave Tabogon a 10-point lead, 78-68, with just 2:05 left in the match.

Tabogon took control of the game late in the third with an 11-5 burst sparked De Ocampo and Lacastesantos’ outside sniping that helped them snatch a 60-55 lead heading to the last period of action.