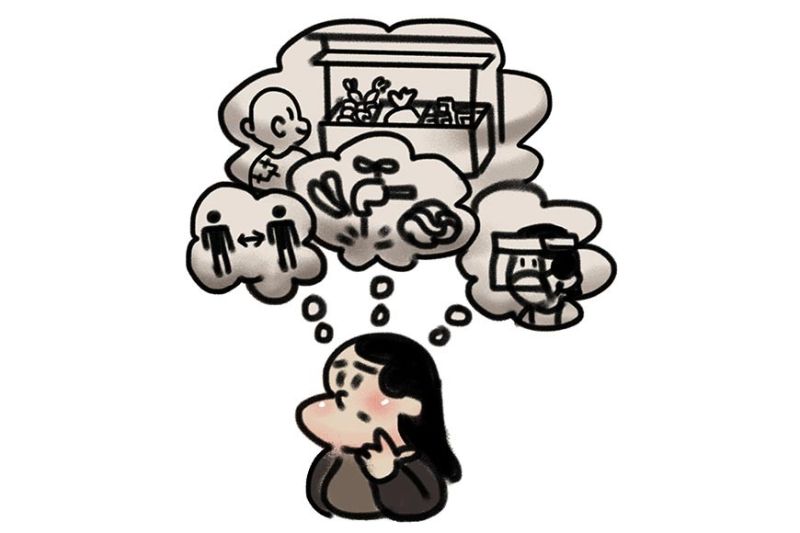 A heart-warming project is gaining support in parts of Metro Manila. Last Wednesday, a woman set up a bamboo cart in Maginhawa, Quezon City where people could get food and other essentials for free, or donate what food items their families could spare.

Since then, several other community pantries inspired by Ana Patricia Non have sprouted at street corners and on sidewalks in other parts of Quezon City, Manila, Laguna, Batangas and Rizal Province.

Near tables that hold small repacked bags of rice, vegetables, canned goods, fresh eggs and condiments hang cardboard signs, usually hand-lettered, that bear the Tagalog translation of “From each according to his ability; to each according to his needs” and this simple tribute: “Inspired by the Maginhawa Community Pantry.” A list that Rappler published on Saturday mentioned eight other community pantries that have followed Maginhawa’s lead. Twitter posts documented several others.

Any day now, some people with too much time on their hands or a vested interest in protecting the status quo may come up with elaborate criticisms of the activity. Some will say it’s not systematic enough; that it’s bound to be short-lived. Some will accuse its organizers and donors of virtue-signalling. And it would not be surprising at all if someone were to try to red-tag the participants. (They’re quoting Marx!)

They would all be making less of a difference than what the generous individuals behind these community pantries continue to do.

In November, the Social Weather Stations (SWS) estimated that as many as four million families in the Philippines had gone hungry at least once in the three months before their survey. It based this figure on face-to-face interviews with 1,500 adults. SWS calls this phenomenon “involuntary hunger.”

Taking into account two similar surveys in 2020, the SWS estimated that as many as 21.1 percent of all families — or one in every five families — had gone hungry at least once in the first year of this pandemic. For families who have never known want or hunger, this is a stark reminder of just how difficult the times have been for some of our brothers and sisters. For some of us, hunger is a test of willpower, a state we temporarily endure because we observe some form of intermittent fasting. For others, it is a real and daily threat.

The community pantries that are taking shape are not guaranteed longevity. How long each one keeps doing will depend on the resourcefulness, health and commitment of each family, person, or informal organization behind it. Some of the apparently better-organized ones in Metro Manila have found allies in local farmers, who sell or donate their produce. One group appears to offer free HIV screening, in addition to the free food supplies. More creative solutions are bound to turn up in the days ahead.

Are there ways to make these community pantries more sustainable? Of course. Long-term organizers of food banks and community kitchens can offer a wealth of organizational insight.

For one, the US Centers for Disease Control and Prevention have posted some recommendations to limit risks. Some are more doable in our context than others. Using outdoor, rather than indoor, sites is recommended. Asking volunteers to mask up and wash their hands frequently is feasible, too. Others will take additional financial support, such as providing Covid-19 screenings for volunteers and clients and packing food supplies good for several days, so clients don’t have to go to the community pantry daily.

If you know of similar community pantries that have surfaced in Cebu, do let me know about them at jicky.amante@gmail.com.