Around 2,300 stranded in ports due to typhoon 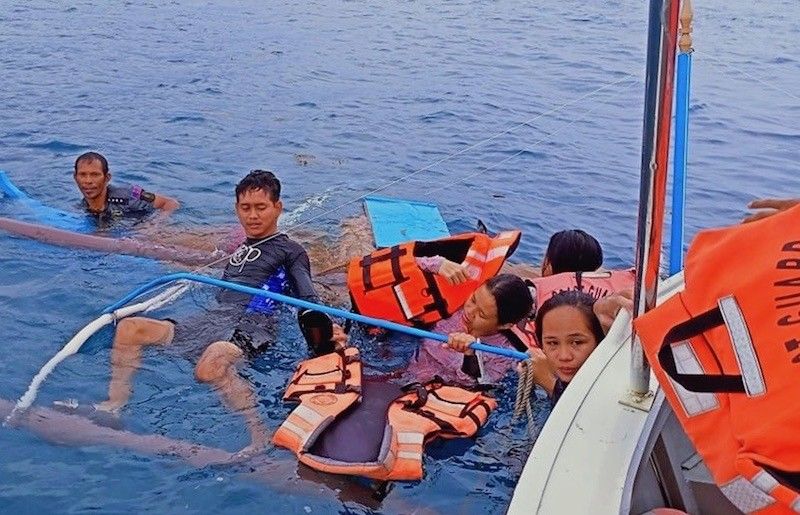 TYPHOON Bising (Surigae), which is now nearly a supertyphoon traversing over the Philippine Sea, has halted sea travel and stranded 2,301 people in various ports in Eastern Visayas, Bicol and Mindanao.

Lord Byron Torrecarion, Office of Civil Defense regional director for Eastern Visayas, said they have asked the Philippine National Police (PNP) to bring the stranded passengers home to avoid overcrowding at the ports.

In various ports of northeastern Mindanao, the PCG said 365 persons were stranded along with two vessels and 199 rolling cargoes.

In Central Visayas, 23 vessels and 40 rolling cargoes were not allowed to leave the ports.

The typhoon, which was packing winds of 215 kilometers per hour (kph) and gustiness of 265 kph as of 10 a.m. Sunday, was forecast to bring moderate to heavy with at times intense rains over Eastern Visayas and Bicol Region.

Tropical Cyclone Wind Signal (TCWS) no. 2 has been raised over the province of Catanduanes and the entire island of Samar, which is composed of the provinces of Samar, Eastern Samar and Northern Samar.

TCWS no. 1 is up over the following:

Pagasa has lifted the warning signal over Surigao del Sur and other areas of Surigao del Norte.

The typhoon was spotted at 375 kilometer east of Juban, Sorsogon at 10 a.m. Sunday. It was moving northwestward at 20 kph.

The motorbanca departed from Barangay Macabol, Mati City and was on its way to the Vanishing Island in Davao del Norte when it encountered huge waves and capsized. (With Third Anne Peralta-Malonzo / SunStar Philippines)