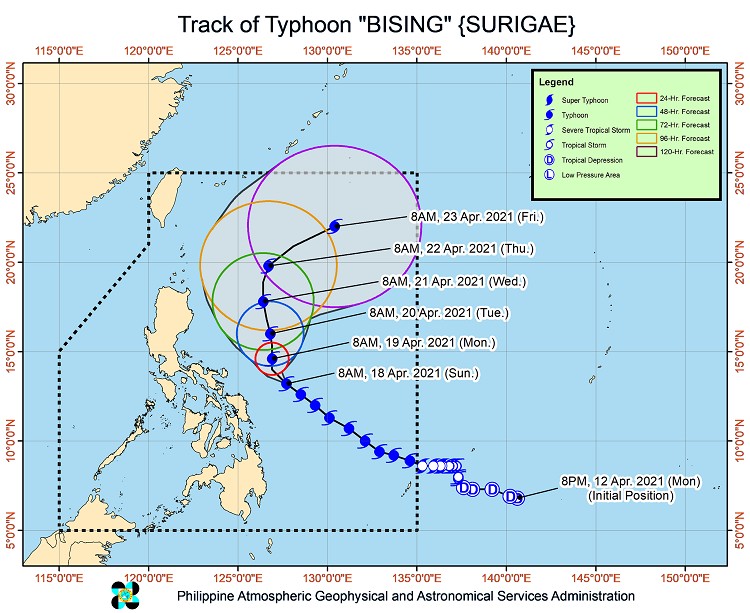 MORE areas in northern Cebu, including San Remigio, have been placed under Tropical Cyclone Warning Signal (TCWS) No. 1 due to typhoon Bising.

TCWS No. 2 was also hoisted in Catanduanes in Luzon and Northern Samar, Eastern Samar and Samar in Eastern Visayas.

The Cebu Port Authority on Saturday, April 17, reported that 305 passengers were affected when the Philippine Coast Guard issued a notice temporarily suspending sea trips to areas placed under TCWS No. 1 due to typhoon Bising.

It slightly weakened and decelerates while moving west-northwestward over the Philippine Sea east of Catanduanes.

It has a maximum sustained winds of 205 kilometers per hour (km/h) near the center and gustiness of up to 250 km/h.

The men, identified as Redemptor Cueva, 54, and Archie Mamposte, 25, left Barangay Looc in San Remigio at 11:30 a.m. Sunday and were headed to Bantayan Island.

They were able to swim back to shore, where they were attended by medical personnel. (WBS)