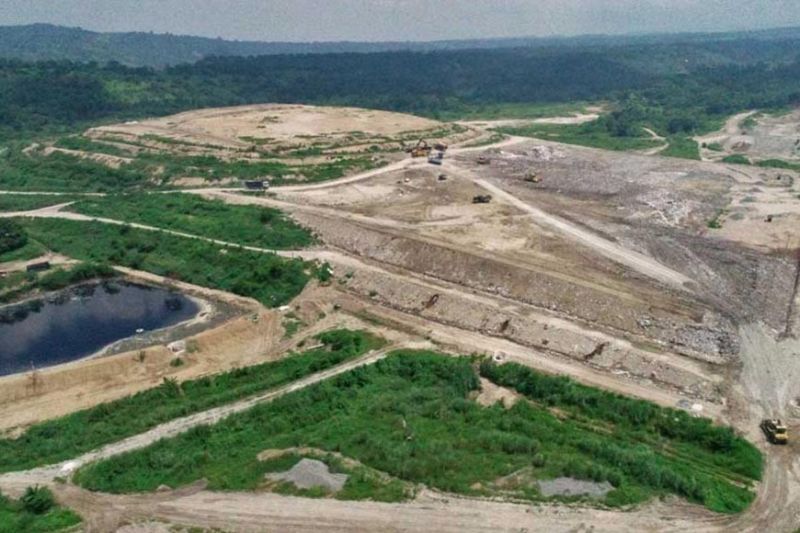 The local government unit (LGU) of Pangasinan sought the services of MCWMC due to its accessibility and efficient services and track records with different localities it had served in Central Luzon, said Gladys Domalanta, chief of the General Services Office.

"The proximity and accessibility of MCWMC to Pangasinan was first and foremost put into consideration after the Urdaneta Sanitary Landfill shutdown its operation," she added.

MCWMC operates an engineered sanitary landfill in Capas, Tarlac. It is about an hour and 30 minutes drive or 57.6 kilometers from Pangasinan capital town.

The MCWMC has been accommodating the garbage, including hazardous wastes of different localities in Central Luzon including Subic Bay and Clark Freeport.

Melody Sison, head of the province Solid Waste Management Office (SWMO), assured that the waste management of a number of cities and municipalities affected by the closure order of the 18-hectare USLF remained in check.

“Our waste disposal process has been addressed immediately after the Urdaneta landfill shutdown, most if not all of the province’s municipal wastes being brought to Urdaneta are now being transported and hauled to engineered sanitary landfill facilities in Capas, Tarlac, owned and operated by Metro Clark Waste Management Corp.," said Sison.

Domalanta said the SWMO embarked on several projects such as palit-basura, where every kilo of garbage are paid P20, installation of eco-brick pathways and discouraged one-time use plastic or sando bags. Another project, once pushed through, is the waste to energy plant being studied by the office of the governor.

The LGUs adopted the province best practices in promoting eco-friendly programs, he added

In January this year, officials of the Department of Environment and Natural Resources inspected the site and issued two cease-and-desist orders for violations of the Philippine Clean Water Act of 2004 (Republic Act No. 9275) and the Ecological Solid Waste Management Act of 2000 (Republic Act No. 9003).

The 100-hectare landfill can handle waste of up to 4,000 tons per day, which services leading multinationals in the consumer products and petroleum industries as well as over 90 LGUs including the capital cities of Pampanga, Bataan, Nueva Ecija, and Pangasinan.