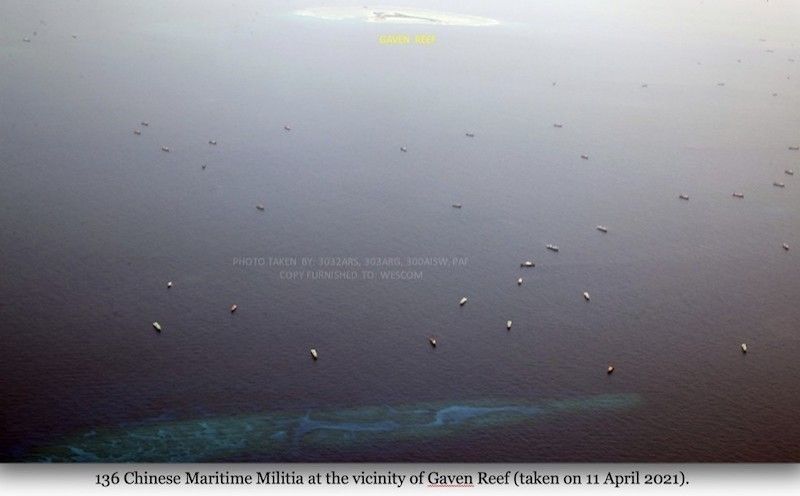 DEFENSE Secretary Delfin Lorenzana on Sunday, April 18, 2021, denied a social media post alleging that a group of retired and active military officers had threatened to withdraw support for President Rodrigo Duterte over his failure to denounce the presence of Chinese ships in the West Philippine Sea (WPS).

“Such disinformation is an act of reckless agitation emanating from detractors,” Lorenzana said.

“We call on these destabilizers to cease from propagating malicious statements especially at a time when our people should all be coming together in the face of the challenges that we are all currently facing. You are not helping our country and people at all,” he added.

The post cited a Viber group of 300 retired and active military officers, called Viber 300, who are allegedly calling on Duterte to denounce China. The group has allegedly grown to more than 500 officers, including Lorenzana and Armed Forces of the Philippines (AFP) Chief of Staff Cirilito Sobejana.

Sobejana denied being part of such a group and assured that the soldiers, airmen, sailors and marines of the AFP are firmly behind the chain-of-command.

“The AFP trusts the government’s management of the situation in the disputed area and its diplomatic thrust in protecting the sovereignty and sovereign rights of our country,” the AFP said in a statement.

The military is, however, aware of “individuals and groups that are determined and are engaged in orchestrated efforts to undermine the government.”

“These groups discredit our efforts through fake news intended to agitate and confuse the people to turn against our government or support those who are already rebelling against it. We therefore advise the public to remain calm and dismiss this as propaganda,” the AFP added.

Earlier Sunday, Presidential Communications Operations Office Secretary Martin Andanar had also assured that the post was “not reflective of the true sentiment of the Armed Force of the Philippines and its personnel, both active and retired.”

“This is an attempt to make it look like there is dissent or a movement within the military, dissatisfied with the President regarding the WPS, when there is none,” he said.

“They are also trying to make it look like there is a groundswell of support, when there isn't any. In fact, this is a poor strategy to diminish the influence and popularity of President Duterte,” Andanar added.

He said the report is a rehash of the campaign to oust Duterte in 2017 and the recent calls for his resignation.