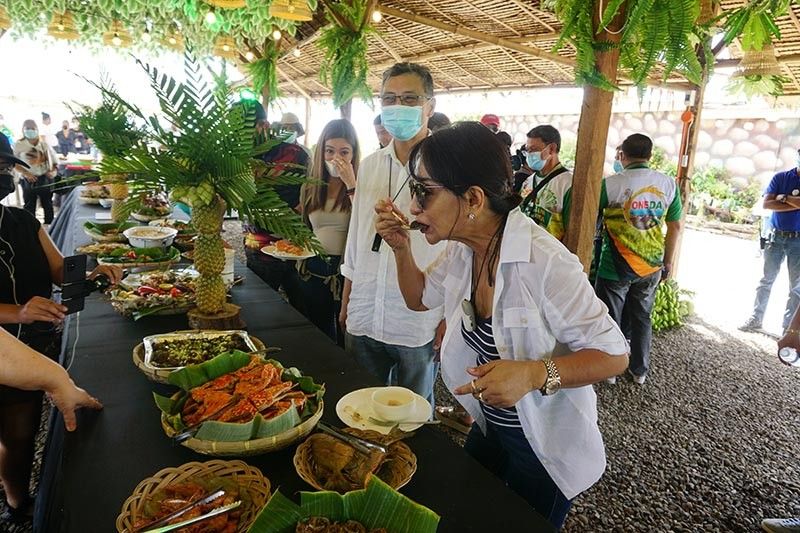 TASTING BANTAYAN. Gov. Gwendolyn Garcia samples one of the dishes on display at the first Bantayan Food Fair in the northern Cebu town as Bantayan Mayor Arthur Despi looks. Despi said the Municipal Government launched the food fair on April 15, 2021 to boost the town’s tourism economy amid the coronavirus pandemic. / ALEX BADAYOS 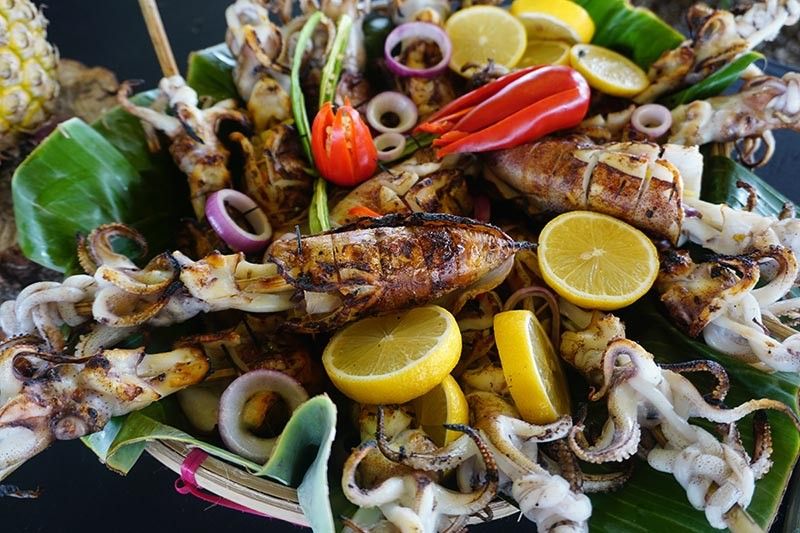 NOKUS POCUS. The sight of the grilled squids could be deceivingly simple, but it can delight the eater’s taste buds and mind. The food was on display at the first Bantayan Food Fair on April 15, 2021. / ALEX BADAYOS 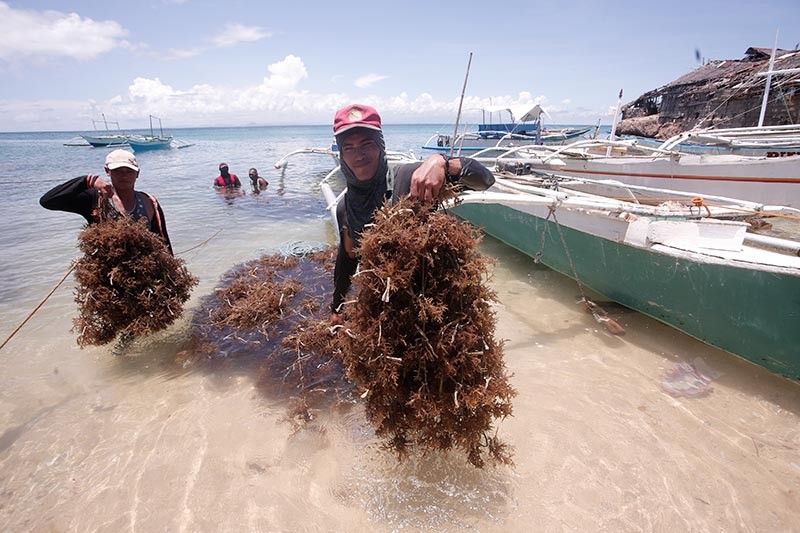 GIFTS FROM SEA. Two men show the seaweeds they harvested in the waters off Bantayan town in Bantayan Island, northern Cebu. Fishing and harvesting seaweeds are among the livelihood of the islanders. / ALEX BADAYOS 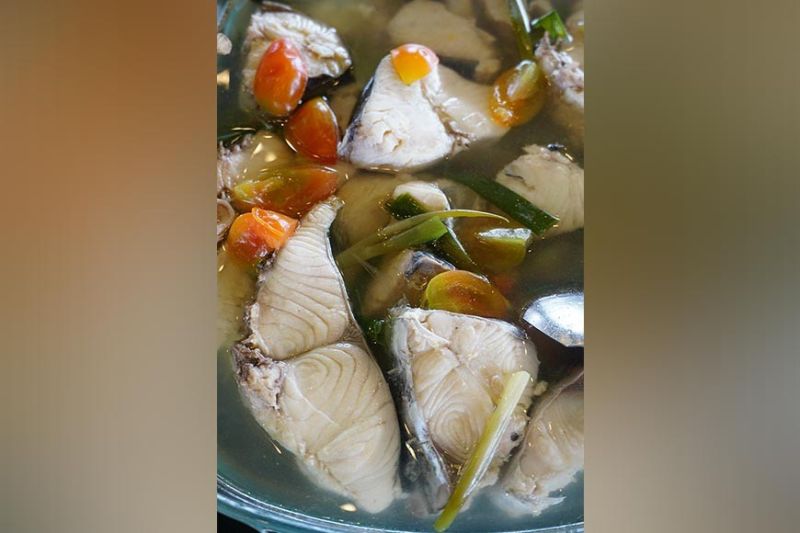 TANTALIZING TUWA. A fish stew is on display at the first Bantayan Food Fair in the northern Cebu town. / ALEX BADAYOS

IN CELEBRATION of the Filipino Food Month, the Municipality of Bantayan in northern Cebu launched the first Bantayan Food Fair to showcase the dishes using the produce that is abundant in the town on Thursday, April 15, 2021.

The fair showcased different kinds of seafood as well as root crops such as cassava, yellow corn and bananas.

Mayor Arthur Despi said the food fair is part of the town’s campaign for food security to support the Bantayan Island’s tourism campaign.

Despi said the town is known for its fresh, exotic and delicious seafood.

Despite the abundance of local seafood resources, there is no place in the town that visitors can enjoy the freshness and abundance of the produce, Despi said.

The food fair is the start of the town’s effort to launch the public market as a tourism destination.

At the back of the public market is a vacant lot that the town has developed into a food strip for Bantayan’s food produce.

Chef June Rhoses Fernandez, a native of Bantayan himself, prepared the dishes for the food fair, which was attended by Gov. Gwendolyn Garcia, Department of Agriculture 7 Director Salvador Diputado, Rep. Janice Salimbangon (Cebu, fourth district) and mayors from neighboring towns.

Fernandez said the main idea of the food fair is to let everybody know that the items abundant in Bantayan can be used for dishes that are at par with international cuisines.

The items available in Bantayan can be prepared beyond the typical “sugba-tuwa-kilaw (grill-stew-seviche)” style or “sutukil,” Fernandez said.

Fernandez said the dishes popular in Bantayan can be leveled up and can only be experienced by tourists, domestic and foreign, when they visit Bantayan. (MVG)