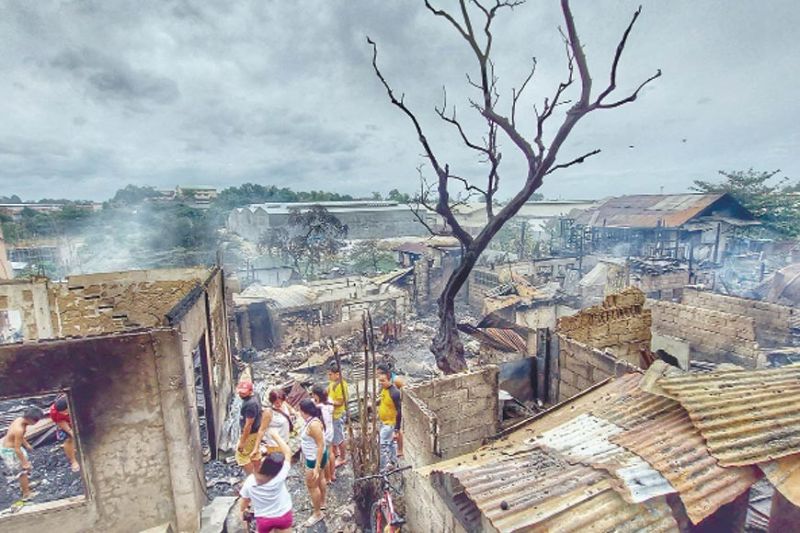 RECOVERY OPERATION. Residents rummage through the debris to save what’s left of their belongings after fire destroyed their homes in Upper Barangay Tabok, Mandaue City on Sunday morning, April 18, 2021. / AMPER CAMPAÑA

Of the 103 families, 34 are houseowners and 69 are renters, based on the report from the barangay.

He said the fire originated in the house of a certain Nocing Beringel.

Espares told SunStar Cebu that they have yet to determine the cause of the blaze.

He said they received the alarm at 8:50 a.m., raising it to first alarm after three minutes. The fire was raised to second alarm at 9:03 and to third alarm three minutes later.

Firefighters were able to control the blaze at 9:50 a.m. It took them another 50 minutes to declare “fire out.”

He said residents told him that a transformer had exploded in the area, sparking the fire.

However, he said it is not official and they will just wait for the result of the investigation.

Tariman said the 103 affected families are temporarily sheltered at the barangay gym.

He said the City Social Welfare and Services already distributed hot meals and relief goods like food, toiletries and clothing, among others. (KFD)