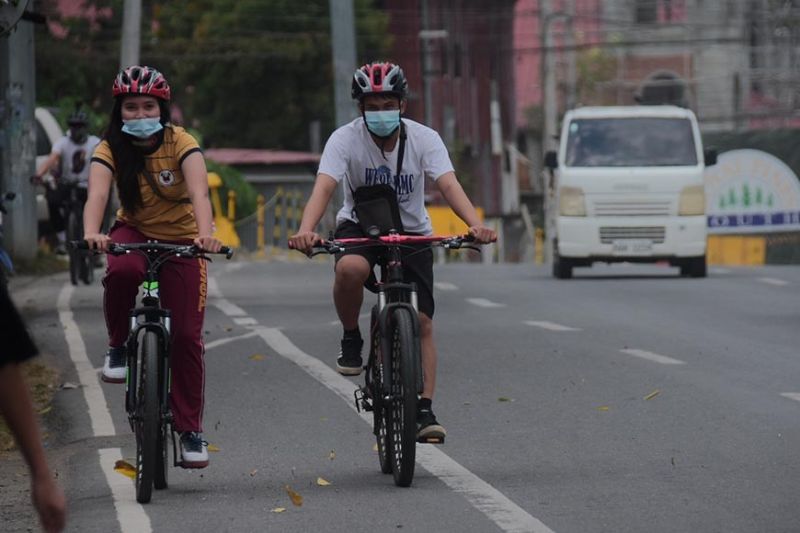 THE Davao City government is planning to create more bicycle lanes in six areas in the city.

This is in addition to the 27 new and upgraded bicycle lanes, in partnership with the Department of Public works and Highways-Davao Region (DPWH-Davao).

The broken green markings signal bicycle riders that they are approaching an intersection and the solid green markings are placed in the intersection. This is where the bikers wait before it is cleared to pass or yield for other vehicles.

The space within the solid white lines is intended only for bikers to pass, while the broken white lines can be used by other vehicles but should not stay longer than necessary.

Bike lanes outside the yellow box at the intersection mean that bikers are allowed to pass with caution even if the red traffic light is on. This is called “permissive Straight.”

CTTMO also placed signage for motorized vehicles and bicycle riders on the use of bike lanes on these roads.

Meanwhile, Abude said the 19th City Council will continue to harmonize the safety provisions of the Bicycle Ordinance and the Traffic Code of Davao.

He added that CTTMO is also prioritizing the establishment of the Bike Management Team to monitor the correct use of bike lanes in the city.

(There must be discipline. Accidents will not happen if roads are used correctly, you have the right speed and lane. If there is an accident, it will be minimal. It would not be serious if only everyone follows the regulations.)

The creation of the bike lanes complies with the order of the Department of the Interior and Local Government urging all local government units to establish bicycle lanes in all local roads to support those who will bike to their work destination due to the reduced capacity of public transportation under the general community quarantine.

Meanwhile, the City Government urged cyclists to use the bicycle lanes marked by CTTMO.

Persons on bicycles are required to wear a helmet, headgear or protective head covering. For those traveling at night, bikers must have reflectors, or headlights, or rear lights or any other warning lights attached to the bicycle or on his/her person. (RGL with CIO)