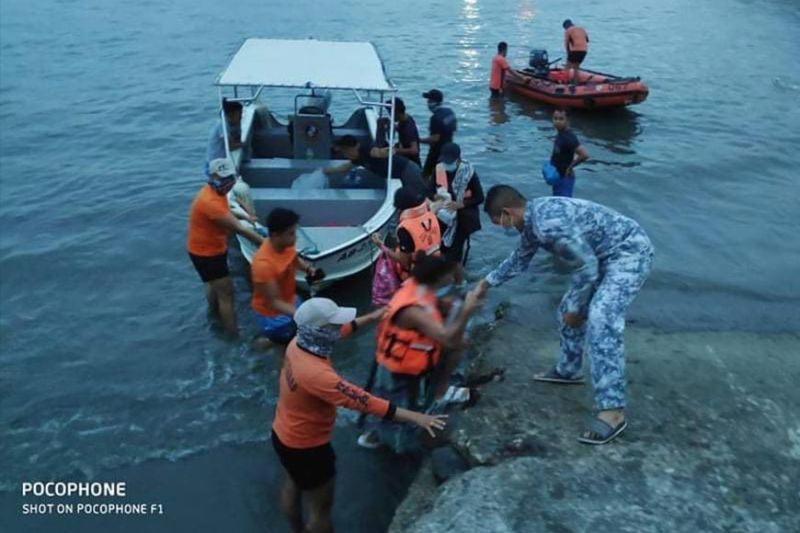 FIVE passengers of a banca that submerged due to bad weather conditions were rescued by the Philippine Coast Guard (PCG) off Pujada Island in Mati, Davao Oriental on Saturday afternoon, April 17, 2021.

In a report provided by the Mati City Information Office, the Mati City Disaster Risk Reduction and Management Office said the passengers came from the Municipality of Lupon and dropped by their relatives in Barangay Macambol, Mati City where they boarded a banca going to the nearby Pujada Island.

Upon their departure from Pujada Island around 3 p.m. and as they were passing by the Oak Island, huge waves battered their banca, causing it to submerge.

The Davao Oriental Police Provincial Office received the information and readily contacted Philippine Coast Guard for rescue. Around four in the afternoon, the PCG reached the area and rescued the five passengers.

The rescued passengers were identified as Jocelle Benidicto, 30 years old from Lupon; Jane Flores, 26 from Lupon; Joshua Aquino, 23 from Davao City; April Agualan, 25 from Lupon; and Jay Flores, 21 from Lupon.

The five did not sustain any serious injuries and were transported back to their relatives in Macambol.