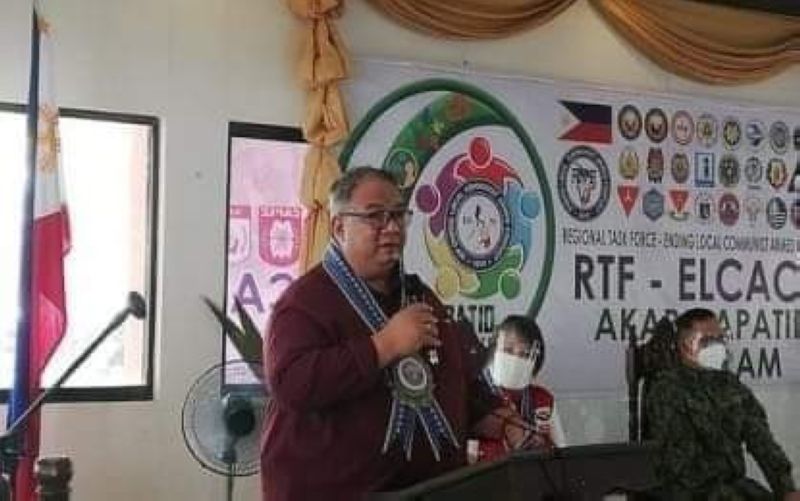 The RTF-Elcac-Western Visayas through its spokesperson Flosemer Chris Gonzales in a statement refers to the statement of Karapatan-Negros, which said, "The declaration of MO 32, EO 70, has long since turned the Negros Island into a bloody killing field and the Anti-Terrorism Law has intensified the death sentence on Human Rights Defenders and community organizers in the region and the country."

Gonzales said Karapatan-Negros made these sweeping allegations without any single piece of evidence to support their malicious imputations. This is very characteristic of the nature of the propaganda narratives of Karapatan-Negros in their futile and desperate attempts to vilify and malign EO 70 and the sincere efforts of this government and the Filipino people to end the communist terrorist led insurgency that has claimed the lives of thousands of Filipino lives over the past five decades, RTF-Elcac-Western Visayas said.

"Instead of maligning the government for waging a war against terrorism, and falsely accusing the government of sponsoring EJKs without an iota of proof and based only on fiction and an overly active imagination bordering on 'mema lang' (may masabi lang)," Gonzales added.

Gonzales further said Karapatan-Negros should condemn first the assassinations and killings of soldiers and civilians in Negros Island as admitted to by the Communist Party of the Philippines–New People's Army (CPP-NPA) in the statements issued by them.

In the past few days, the CPP-NPA units in Negros Island admitted to the abduction and killing of a civilian whom they accused to be a military informer, they admitted to the burning of more than P15 million worth of construction equipment and the assassinations of two soldiers engaged in the community support program.

He also dared Karapatan -Negros to raise its voice to condemn the atrocities committed by the CPP-NPA against the people of Negros Island.

He added the silence of Karapatan-Negros is deafening.

On the series of killings in Negros Island over the past days, the RTF-Elcac-Western Visayas called on the Negros Occidental Police Provincial Office to exert all efforts to bring the criminals to justice.