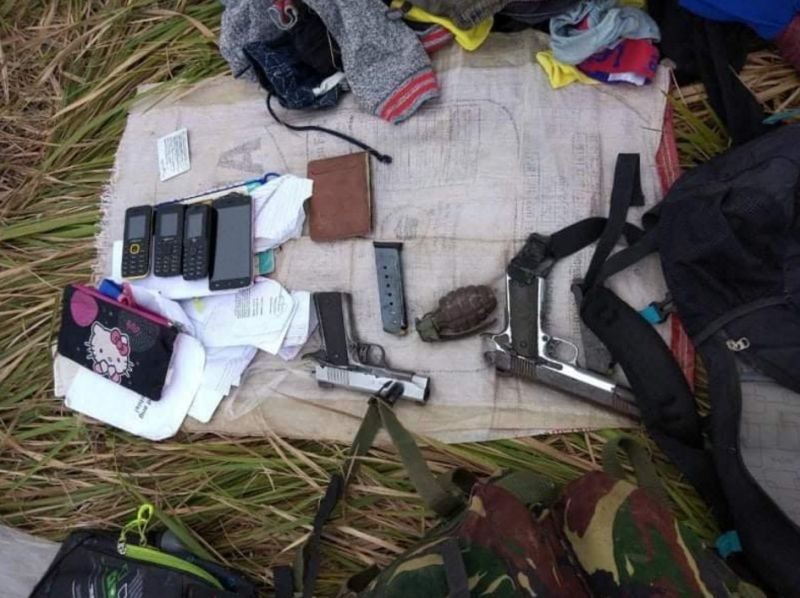 Military reports said soldiers of the 15th Infantry Battalion (15IB) were on combat operations when they encountered members of the Platoon 3 of the South West Front of the Komiteng Rehiyonal-Negros/Cebu/Bohol/Siquijor, which resulted in 40 minutes of gun battle.

Major Cenon Pancito, 3rd Infantry Division spokesman, on Sunday said the fleeing rebels left behind two of their slain comrades identified through their aliases as Ka Michael and Ken Ken.

No one was hurt among the army soldiers, who recovered two caliber 45 pistols with magazine containing ammunition, extortion letters, cellular phones, subversive documents and personal belongings at the encounter site, Pancito said.

He added that residents in the area, who were fed up by extortion activities and sowing fear in insurgency-cleared areas of Hinobaan, reported the presence of armed rebels to the 15IB.

Lieutenant Colonel Erwin Cariño, 15IB commander, who extended his sympathy to the families of slain rebels, lauded residents for their timely information, which he said is a clear manifestation of the collaborative efforts between authorities and the community.

"We extend our condolences to the bereaved family of the two NPA terrorists who lost their lives in fighting for a lost cost," Carino said as he and the local government of Hinobaan assured assistance and decent burial of the two slain rebels.