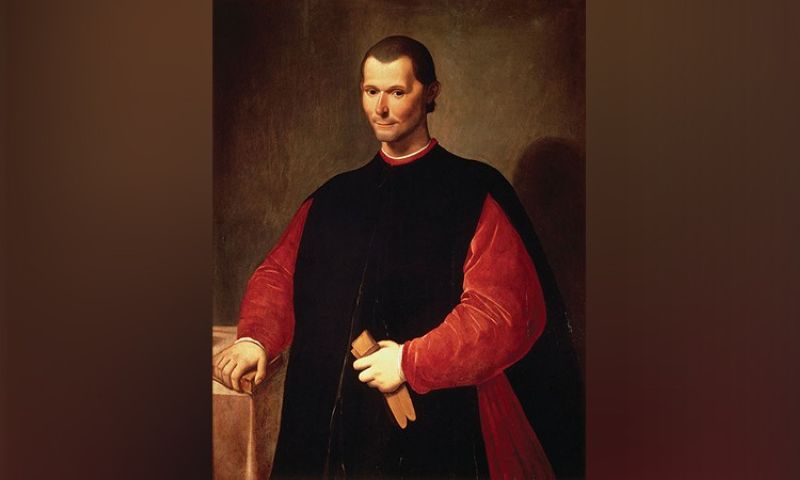 STUDENTS of political science and philosophy get infatuated with thinker: Niccolo Machiavelli. The term, “Machiavellian” sends shivers down the spine of some people, but cheers from students and fans of politics.

Born in Firenze (Florence), Italy in 1469 to a family of lesser nobility, the young Machiavelli lived in very exciting times. As a government employee and, later, a diplomat, he witnessed Italy dominated by the Church under the rule of Julius II (this “warrior pope” spent more time mounted on his war horse leading the papal troops than sitting on the Papal Chair). Julius II battled against the ambitious Italian families as well as foreign nations -- France, Spain and Switzerland -- coveting the Papal Lands.

Machiavelli bitterly criticized the papacy in his (in)famous work “The Prince.” Readers immediately recognized the “hero-villain” of the book, none other than Cesare Borgia (Borja) -- the bastard son of Pope Alexander VI. (n.b. Alexander or Alejandro Borja came from the nobility of Valencia, Spain. Two uncles were cardinals. Ambition propelled the Borjas to urge Alejandro to become bishop, cardinal, and with some political tricks, had him elected pope, despite his wishes. Shortly, he had a mistress with whom he sired the villainous Cesare and the lovely Lucrezia).

Machiavelli idolized Cesare, his “prinzipe:” power-hungry, ruthless, immoral but effective as a ruler.

People denounced Machiavelli. He could have been burned at the stake as a heretic, like the Dominican Savonarola before him. Fortunately, the powerful Medici family saved his life.

Although critical to Church’s political meddling, Machiavelli reconciled with the Church, which gave him the last rites and allowed his body to be buried in a church (1527).

Over his grave reads the epitaph “No praise or eulogy would suffice for such a great name” (Tanto nomini nullum par eulogium).